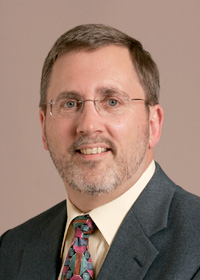 TOM BOCK has been endorsed by the Republican and Conservative parties. Bock will only appear on the Republican ticket, however, because his opponent, Tom Abinanti, was successful in disqualifying Bock’s Conservative Party line on the  November 2nd ballot. A non-politician, Bock stated that he was running for office for two reasons. “If you want something done right, do it yourself,” he said. He then added, “I have been disappointed with the lack of real representation that I have received in the last number of years. I have spoken with a lot of people who feel the same way as I do. Our leaders are not listening to us. That’s not responsible government and it’s not representative of the way I work.”

Tom Bock, age 56, is an on-site systems administrator for a computer software company. He has been an active 37-year firefighter and was a former Chief of the Elmsford volunteer Fire Department. For the past 25 years he has been a member of Westchester County’s Hazardous Materials Response Team. In addition, “Just prior to 9/11 we realized that there was no technical rescue capability in the County, and I, along with several other firefighters, formed the Westchester County Technical Rescue Team for catastrophic events,” he added.

Facing fiscal realities we asked candidate Bock to give a specific program or area within NYS government that could levy a zero percent tax increase. He said, “In the latest State budget there were 243 fees that were either increased or newly created. In this budget there are roughly $14 billion in new taxes. Even though they [legislators] said they balanced the budget, they did not. What they [legislators] did was to take $6.8 billion in debt and carry it over to the new 2010/2011 budget. That is not balancing a budget, that’s not being an adult and it’s certainly not being true to your constituency.” When asked again about the possibility of a zero percent tax levy he said, “At this point I don’t see how that could happen and that’s why I want to go up there.”  He then added that restoring the STAR tax rebate and repealing the MTA tax were high priorities for him.

When asked what effect he could have in Albany, Bock said, “I have a management background that would allow me to evaluate State programs and I want to put everyone of them on the table.” As for the question of three personal accomplishments, Bock listed the first as his son being born. “It’s the raising part that is tough,” he said jokingly. “From a firematic standpoint – becoming Chief and  implementing the service award program where there was none.” Lastly, from a professional standpoint, Bock has been a part of major renovations of computer equipment and systems which have been multi-million dollar projects.

We also asked Tom Bock what he could accomplish as a junior Assemblyman in Albany? “Being junior is both a blessing and a curse. The blessing is that I can start throwing a lot of papers in the air and create a great deal of attention about things I think are wrong. I would bring management and leadership skills to Albany. I have the ability to assess, critique and respond.”

Lastly, we gave Bock the opportunity to ask his opponent Tom Abinanti one question. “As a career politician who has done nothing but raise taxes and spend other people’s money as a Westchester County Legislator, isn’t it time for Abinanti to step down to make way for some new blood?” Bock asked.