[Here is Rob Astorino’s response to this letter from Paul Feiner.–Ed.]

I wish former Westchester County Executive Rob Astorino a total and quick recovery from his Covid diagnosis.  I hope that Mr. Astorino will re-think his public opposition to mandatory mask mandates that would curb a spike in Covid 19 cases and his opposition to vaccine mandates.

Mr. Astorino is sure to recover from Covid, thanks in part to his contacts and stature as a former County Executive. Not everyone is as lucky as he is. There are many New Yorker’s who aren’t wearing masks inside stores, supermarkets  and at work. Mr. Astorino’s public comments might make some people think that it’s OK to be careless and irresponsible. By not wearing masks – not only are Astorino admirers jeopardizing their own health but they are also increasing the odds of infecting others.

Over 800,000 Americans have already died from Covid. And many more are expected to die in the coming weeks and months –thanks, in part to irresponsible statements from people like Rob Astorino. 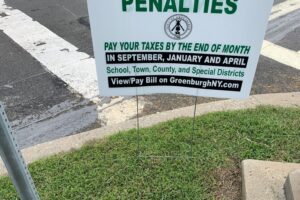