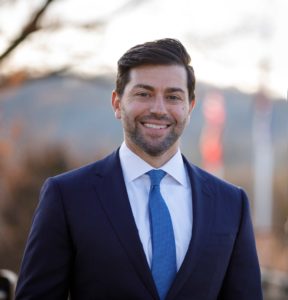 I was dismayed to learn of the recent pledge inspired by Evelyn Farkas attacking Adam Schleifer and his family. I found this pledge to be nothing short of a political trick aimed at a passionate, empathetic, and honest candidate whose life’s work has been focused on fighting for justice and accountability.

Adam comes from a family of scientists and disability rights advocates, something I truly respect. Indeed, his father is a physician and scientist who founded a cure for Ebola and who is now working tirelessly to find a cure for COVID-19. In that vein, Adam would bring to Congress a deep appreciation for science, data, and truth.  He also has a brother with special needs. With a quarter of adults in the United States living with a physical or cognitive disability, this community deserves a fighter and policy innovator like Adam representing them in Congress.

Adam will also be an independent thinker in Congress, just as he has done so throughout his campaign.  Adam has refused corporate PAC, fossil fuel, or defense contract donations, something that cannot be said about his competitors. Unfortunately but unsurprisingly, his competitors failed to mention who is bankrolling their campaigns in their “sincere” attempts to care about campaign finance reform when they colluded on the pledge.

Shame on Evelyn Farkas, David Carlucci, Mondaire Jones, and David Buchwald, who are threatened by Adam’s strengths and electability and who are trying to tear him down. Unlike them, I deeply believe Adam is eminently qualified to go to Congress and represent us with intelligence and humanity.

Letter to the Editor: in Support of Early Voting