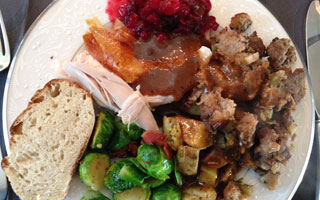 Thanksgiving is a time for family, friends, but mostly a lot of food. People cook food, decorate food, talk about food, eat food, regurgitate food, pontificate upon food, and, in general, celebrate the power of food as a unifier and reason to come together.