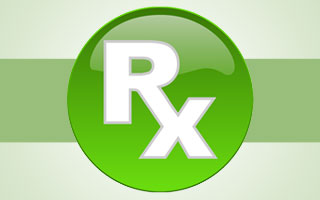 One of the most important jobs of being River Dad is living long enough to be around when my children (in the very distant future) start parenting children of their own, so that I can stand around and tell them how they’re doing it all wrong. Ensuring I obtain that longevity has led to certain less-than-pleasant experiences such as exercising, slightly reducing the amount of alcohol I consume, and eating kale.

And now I can add a colonoscopy to that list. Though not quite as bad as eating kale, my colonoscopy was a profoundly disturbing experience – especially in theory. If you do not know what a colonoscopy procedure is … you should probably just stop reading right about now. I wouldn’t want to spoil the surprise.
Generally, human beings are recommended to start getting colonoscopies at the age of 50. I am not 50. I’m not all that close to 50. Actually, I like to think I’m closer to 30 than 50, though that isn’t, strictly speaking, true. Anyway, even though someone of my less-than-advanced age would not generally undergo a colonoscopy, I bit the bullet for two main reasons. One, there is a history of cancer in my family. And two, my regular GP happens to be a gastroenterologist who is a colonoscopy freak and (I’m just guessing here) sees them as the cure-all for everything including the flu, indigestion, and a lazy eye.
Once word of my procedure made the rounds (and I am suspiciously curious as to how news of my colonoscopy seemed to spread far and wide within moments of the procedure ( I do not tweet), multiple people texted and called me to ask what the prep was like, what did it entail, and what can they expect should they decide to follow in my footsteps and agree to lie on a gurney, strip naked, and hug their knees.  One friend immediately called me to tell me that he had actually woken up during his procedure, scarring him for life.
Rather than repeat myself countless times in dark alleys, abandoned warehouses, or Coffee Labs, I have decided to recount my experience here, so that any and all interested may simply smuggle a copy of this paper into a dark alley, abandoned warehouse, or Coffee Labs and read it themselves.
The first thing to know about my colonoscopy is that, as near as I can tell and despite what I had imagined, it did not involve a garden hose.
What it did involve, however, was a special diet. Now I’m not a big fan of anything involving the word “diet,” as it generally includes some form of eating kale. This diet, however, was even worse. For the week leading up to the appointment, I stopped eating certain foods (mainly things in the “I don’t remember having corn” variety). Then the day before called for an all-clear-liquid diet. All I was allowed was clear broth, Jell-O (but not red, yellow, or purple which pretty much eliminated every single flavor but “blue”), or juice pops. I drank this horrid powdered drink and then chased it down with five 8-ounce glasses of water. That had to be done twice, once in the afternoon and once right before bed. The instructions for the powder helpfully suggested that for the best result, the second dose should be taken at 3 am. River Mom helpfully suggested that this was not in the family schedule.
It turns out that my doctor is somewhat of a colonoscopy wunderkind. Twice a week he sheds his normal lab coat for the super-powered cape of Colonoscopy Man and performs the procedure all morning, every fifteen minutes like clockwork. So I arrived at the doctor’s office at 7:30 for my 8:00 appointment and was immediately whisked away to the colonoscopy factory, stripped awkwardly-semi-naked (I was allowed to keep on my t-shirt and socks, which reminded me of a few of my more forgettable evenings back in college) given a robe and an IV, and plopped on a gurney partitioned off from three or four other soon-to-be-colonoscopied individuals.
Lying there quasi-naked and helpless, I thought about why I was doing this. Yes, there was the bit where my doctor said I should and yes, there was the bit where River Mom encouraged me (perhaps a bit too enthusiastically), but it was more than that. Put simply, while I have a duty to remain alive long enough to turn my grandkids against their parents, I also have lots more to do and see and experience. Not that a colonoscopy is the elixir of youth (as much as my doctor may insist it is), but it is a fairly simple way to guard against a fairly specific and all-too-common way to shuffle off this mortal coil. Why wouldn’t I want to do this?
I continued to enjoy whatever drugs were in my IV.
But then a loud record scratch jolted me into reality as I was wheeled into the operating theater. Large machines hummed around me, nurses fiddled with knobs and charts and tubes and I was quickly asked to roll onto my side and tuck my knees up to my chin. Trying not to think of childhood “duck and cover” drills, I did as I was told and prayed any photographs would not make their way online. Colonoscopy Man entered, donned his gloves, and nodded. An oxygen mask was placed over my face and I was told to breath deeply. I began worrying that I wasn’t going to fall asleep fast enough, and thought to say something to this effect, but then I noticed a funny smell, saw rows of small orange diamonds under my eyelids, and thought to myself, “Oh, I think I’m…” Then I woke up.
Colonoscopy Man zoomed by, boasting that the procedure had, naturally, been a rousing success, and showing me a handful of pictures I shall never be able to unsee. The end result was that I was the picture of health and all I needed to do before they let me go home was to fart.  This was not a problem, since I am part of River Family.
When all is said and done, I have to admit that the build-up was actually far worse than the experience itself. The build-up had the makings of a good indie horror film – tension, foreboding, and a foul-tasting powder drink. The actual procedure contained some paperwork and a nap.