It’s November 2042 and a grade schooler is asking his grandfather, “Is it true people in elections used to do something called ‘lose’?” The wise elder replies, ”Yes, Aegon, that was before people figured out that not getting the most votes is not losing.” Aegon: “Huh?” Gramps: “If you stick to your guns that you didn’t lose and say the other person with more votes didn’t play by the rules, people will believe you. That’s how losing elections went the way of the dragons.” Aegon (laughing): “Dragons never were really real!” Gramps: “If you believe something is real, that’s all that matters.”

Which is to say, settled assumptions can change, including the once-inviolable verity of elections.

In journalism, change has come to the ritual of endorsing candidates. We agree with how MentalFloss.com puts it: “With so many avenues available for voters to get to know the candidates, it seems rather quaint to think of anyone voting how an editor tells them to.”

Besides, I’m one of those old-timers who miss playing Wizard of Oz by stepping behind the curtain of the mechanical-lever voting booths, where my ballot was out of view of anyone else. Today, you’re virtually naked when casting a ballot, having to contort your body if you want to keep your choices to yourself. In that same spirit of privacy, readers don’t need to know – or be influenced by – the voting choices of those who produce this publication. We’re not omniscient and, more to the point, we’re not you.

The trend by news outlets to drop endorsements continues apace. “Of the country’s 100 biggest newspapers by circulation, 92 endorsed a presidential candidate in 2008. By 2020, only 54 made a choice,” according to research by the University of California, Santa Barbara, as reported by newswire service AP.

“Picking a candidate in this environment may alienate more readers than it persuades” is what the New York Daily News said in announcing it would not be endorsing any candidates this year.

How we see our role in election coverage is manifested in the candidate statements you’ll find here on our website and in our print publications. That’s just one source of information to digest. We encourage you to do as much research on the candidates as possible in the interest of rendering your own well-informed decision on who is best equipped to represent you and your interests. Some voters will place ideology above a candidate’s resume by reflexively voting party line. Others (notably independents like yours truly) are more comfortable voting for the person, regardless of party affiliation.

Whatever your process, your ballot does count. Whatever the election outcome, the right to vote is a gift too precious to squander. You even might say that – simply by fulfilling your civic duty as a citizen of this remarkable country – you have nothing to lose.

Diary of a Poll Worker – Election Day is Nov 8 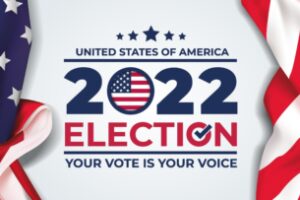 Mid-Term Elections on the Local and National Stage