Late last year, in an effort to balance the State’s books, Governor David Paterson proposed over $5.2 million in budget cuts − including a large cut in state educational aid. Since then, interest groups have threatened lawsuits over the loss in educational funding and Governor Paterson’s plans have been put on hold. Yet the reality is clear − all school districts in the State are facing budget crunches and are making plans to get by with less. Here in the Rivertowns, our local school districts are preparing to deal with this loss of State funding in several different ways.

For the Public Schools of the Tarrytowns, the possible loss of funding is coming at a critical juncture. Due to dwindling funding, the District is in the midst of examining the possibility of closing either Tappan Hill School or John Paulding School. According to Assistant Superintendent for Business, John Staiger Jr., Governor Paterson initially threatened to withhold over $1.2 million in STAR payment funds, but the lawsuits came into play and, as a result, the money may now be released sometime in January. Adding to the financial pressure is the case of the District’s disappearing/reappearing stimulus funds. The District was preparing to go without $700,000 in stimulus funds for the 2009/10 school year but then the State dipped into next year’s federal stimulus funds to cover the shortfall. So while the District received this year’s money, they have no idea what to expect for next year.

Superintendent Dr. Howard Smith acknowledges that Paterson’s eventual budgetary decisions will have a large impact on the school closure question. “Depending on how much financial pressure we feel we’re going to have in terms of what kind of a gap in funding we’re going to have to close − based on how much aid the Governor is proposing to cut from us − that will determine how serious we need to be in taking the next step.”

The School Closure Committee is scheduled to report its findings to the School Board at the upcoming public board meeting on February 11th in the Administration Board Room at 8 p.m. Explains Smith, “They’re laying out different budget scenarios − considerations for the Board − looking for a target to shoot for, which will dictate the direction. How far they have to go depends on what sort of tax increase the Board can stomach.” If the Board decides to move ahead on the school closure issue, the next step would be to start another round of public hearings and to gather input from the community before coming to a final decision.

The situation facing the Irvington Union Free School District is quite different. Assistant Superintendent for Business, Jim Reese, explains, “We are considered a wealthy district with the State, so we really don’t get much State aid, and even the stimulus is not a lot of money for Irvington.” He estimates that Irvington is only scheduled to receive about $196,000 in stimulus payments this year − a far cry from the $1.5 million promised to the Public Schools of the Tarrytowns.

Like Tarrytown, Irvington schools are caught up in the potential loss of STAR payment funds but, again, the issue at first glance does not appear to be as severe. One factor working in the District’s favor is declining enrollment. “It looks like our elementary enrollment continues to decrease, so there may be a chance for some staff reductions there which will reduce the budget,” says Reese. That, combined with other factors, leads both Reese and Superintendent Dr. Kathleen Matusiak to express confidence that their district is surviving the State’s budgetary woes better than most. “Last year at this time we would have received probably $2 million [from the State] during the fall months of October, November and December. This year we didn’t receive that,” says Reese, explaining that the money was diverted to the expected January payment. “Then, in January, we received $3.6 million instead of the $4.4 million we were expecting.” Still, Reese explains that they expect to get all of the funds eventually. “So it’s been more of a cash-flow problem for us than a budget deficit or budget problem.”

In fact, most of the financial difficulties being felt by the District can be traced to a change in the tax base of the Village. “We have had a couple of large tax certiorari settlements,” says Reese. “The main problem with that is that it erodes our tax base. We’re looking at a decrease in assessed value of about $800,000. That will affect the tax rate next year.” All of this information will be presented at a budget meeting which will be open to the public on January 27th at the Dows Lane School. After the first meeting which will be held in the multi-purpose room, they plan on breaking out into work groups. Anyone interested in attending should RSVP.
With no idea what the economic future holds, the District is keeping all of its options open. One of those options is the possible consolidation of the district’s two elementary schools. Matusiak has already begun laying the foundation for just such a possibility. “I started by having a brief conversation a couple of months ago with the Board saying that I was planning to put some money in this year’s budget for a space utilization study, so that next year we could have that done in anticipation of the 2011/12 year knowing that the enrollment in our elementary schools is beginning to decline.”

If consolidation were to happen, the most likely scenario would be to move all of the elementary grades to Dows Lane, and then lease or rent out the Main Street School to help raise revenue. “We had the community forum in December and  a number of people brought up the topic  that with the declining enrollment, why don’t we consider consolidating the schools?” according to Matusiak.  “So we had another conversation and we just decided to put it out there as a possibility for next year.”

She stresses that all of this is still in the exploratory stage and she welcomes input from the Irvington community. A public meeting was held on Thursday, January 21st to discuss the situation. Matusiak wants to make sure the community has a chance to chime in on the matter. “We really do need to have these conversations in public,” she says.
How the two school districts eventually weather the economic storm remains to be seen but, at this stage of the process, they are leaving all options on the table. 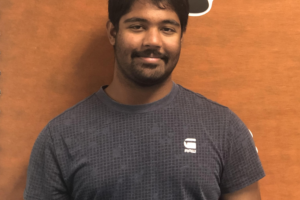 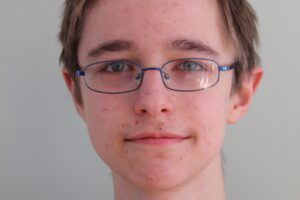 The Merits of Home Schooling