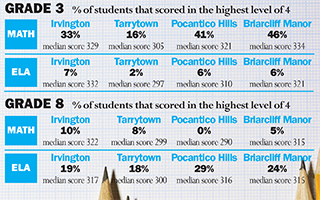 The State of New York last month released the results of the 2014 New York State Assessments. This was the second year that the tests were aligned with the Common Core Standards, and it is apparent that there remains some fine-tuning to be done as certain grade-level tests garnered universally low scores across the State.  At right are select results from our region’s four school districts.
Students scored anywhere from a low of 1 to a high of 4 on both the Math and English Language Arts (ELA) tests. Results were reported by grade in each individual school.

What You Should Know about Elon Mask’s Educational Background