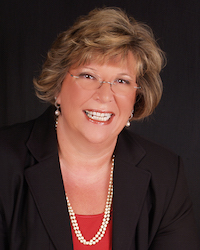 This past January’s Public Schools of the Tarrytowns Board of Education meeting brought a shocker to the District with the announcement that after 22 years, long-time Sleepy Hollow High School Principal Carol Conklin-Spillane would retire at the end of the current school year. In announcing the news, Board President Mimi Godwin stated, “She has had a wonderful, wonderful service in our District — 22 years — and it was time for her to retire. She certainly has served us so well.”

We sat down with Principal Conklin-Spillane to ask her about the timing of her retirement, her future plans, and what she will take with her from her time at Sleepy Hollow High School.

River Journal: Why have you chosen to retire now?

Principal Conklin-Spillane: “I started thinking about it last year. Everybody told me that I’d know when it was time. I’m one of those fortunate people who’s been able to accomplish what I set out to do here. Not finish, because you never finish, but accomplish setting out to help create an environment where all kids can thrive. And my Mom passed away this December. That was a bit of a catalyst for me too, I’ll be honest with you. It made me kind of think, what else do you really want to do?”

River Journal: Earlier this year, after you expressed your readiness to retire to the entire nation in the Hillary Clinton announcement video, I asked you if you were seriously considering retiring and you said no. What changed?

Principal Conklin Spillane: “[Staying] was my intent. I did that video as a favor to a friend of a friend. I thought it would be on a silly blog somewhere like our digital news and lo and behold it becomes this big thing. I really was trying very hard to reassure people that I wasn’t leaving. In my mind, especially with the upheaval at the District level, I was feeling like I needed to just hunker down and stay put. But I got involved in some things this Fall that made me realize that the time might be right in terms of these other opportunities. I’ve been doing a good deal of work [in education] at the State and National levels. Our story is a really powerful one. Not because we’re brilliant, but because we’ve been able to do it. What we’ve been able to accomplish here at Sleepy Hollow High School really can be a model for other schools.”

River Journal: Earlier this year, a student brought a taser into the High School. According to sources you immediately confiscated the taser, then held on to it without alerting the police for an extended period of time. Did this incident have any impact on your decision to retire?

Principal Conklin-Spillane: “There were many personal and professional reasons why I decided that it was time to move on from the principalship of a school I love. The incident with the taser was handled in a manner consistent with our longstanding approach to discipline. It was fully investigated and the matter has been closed.

River Journal: What does the next chapter in your career look like?

Principal Conklin-Spillane: “One of the commitments I’ve made is with the National Association of Secondary School Principals. I’ve accepted a position on their faculty for professional development. I’ve also taken on a leadership role for the Empire State Administrators Association. Right now I do all this stuff in the evening or on the weekend or on an off day. It would be neat to be able to do it during regular hours.”

River Journal: How difficult is it for you to leave Sleepy Hollow High School?

Principal Conklin-Spillane: “The hard part is, this is like family to me. I love the families I work with. I have second generations of children coming through. Also, I think there are only four or five teachers on staff that I didn’t have a hand in hiring. One of the magical things when we talk about our success and people come to study us is that we’ve had this unparallelled consistent emphasis on a mission and building a team and stability. But I do know now that the good qualities of the success that are here are no longer principal-dependent.”

River Journal: Looking back across twenty-two years, what are some of the things of which you are most proud?

Principal Conklin-Spillane: “The climate here. When I first visited — I’ll never forget my first visit here — things were in pretty dire straits. The dropout rates [were high]. Kids were warehoused in designated areas because they couldn’t possibly earn credits. They’d been dumped out of attendance policies. Kids in remedial classes were disallowed to even challenge Honors or AP classes unless they were recommended. There was a lot of policy and procedural and systemic dysfunction. So we were able to take a place that was really not structured to be responsive to the needs of kids and make it a model of that responsiveness.

“Also, watching the kids during Spirit Week. Every year, [we have] 100% participation. They’re not cheering on athletes or competitions as much as cheering themselves on and feeling great about being part of something special.”

“And then there’s everyone here in the school. If there’s a legacy that defines me and really makes me proud it’s this group of dynamic people. It’s the thing I’d have to say I’m proudest of because it’s the vessel to make everything else happen.”

River Journal: What about regrets? Is there anything you wish you had done differently?

Principal Conklin-Spillane: “I wish I might have been better at it in the beginning. At 34, as a newcomer to the school and District, I really had a lot of ideas and I was full speed ahead. I don’t know if at the beginning I paid enough attention to making sure that (a) everybody understood the big picture and (b) everybody was willing to go where we were trying to take them. I think if I had it to do over again I probably would’ve been smarter about it.

“I’ve certainly, like many people, made my share of mistakes on a daily basis, but one of the things I value here is that there’s room for people to take risks and fail and learn from their mistakes. That is an important, powerful lesson because if you never try anything, you never succeed.”

River Journal: Do you have any final thoughts or words of wisdom for the students?

Principal Conklin-Spillane: “My wish for the kids is that when they take stock of what they get to do for a living, that they feel as blessed as I do.”