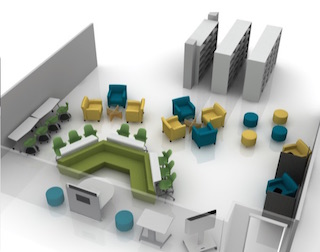 Summer is right around the corner! But before our students will run wild and free for two months, they have paused to amaze and astound as they continued to achieve great things.  This month’s Educational Roundup includes kids playing robot doctor, an outstanding chemist, and a Little Free Library.

The Briarcliff Manor Education Foundation (BMEF) approved a $97,000 grant that will fund innovative active learning spaces in the Briarcliff Middle School library and for the high school’s science research program and writing lab. The active learning spaces were developed as a collaborative effort guided by in-depth questions from the BMEF leadership and involving the input of students, an interdisciplinary group of teachers, and building and district administrators.

“We are thrilled that we are able to donate more than $97,000 to the District for the three active learning spaces in the middle and high schools,” said BMEF President Carolyn Linett. “These spaces will be transformative in how our children are taught and how they learn as the District shifts towards a student-centered learning approach. This new furniture in the middle school library, science research classroom and writing lab will support the new methods used by our teachers and touch every student in those schools.”

“We are delighted by the generosity, cooperative spirit and visionary support of the BMEF,” said Edgar McIntosh, Director of Instruction and Human Resources. “These active learning spaces will truly promote student-centered opportunities that prepare our children for our dynamic and ever-changing world. Beyond these wonderful structures and spaces, the process in developing the project was thoughtful and collaborative. The partnerships and outcomes are inspiring.” 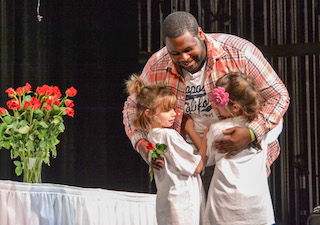 Exiting Principal Carol Conklin-Spillane warmly welcomed the class of 2027 and offered her thoughts to the outgoing class of 2016. “The Class of 2016 is a wonderful, warm, special group of young people that really embrace the values we care about in the community,” said Conklin-Spillane. “And so today, above all else, is an opportunity for this community to keep passing the torch of the values that matter here.”

English teacher and senior class advisor Tom Rogers read the names of the seniors as they each crossed the stage to receive a rose from the first-graders. When the younger students crossed the stage, some were greeted with hugs and high-fives, and others were greeted by a huge embrace from an older sibling who happened to be in the graduating class.

Irvington: Twin Sisters to Graduate as Valedictorian and Salutatorian 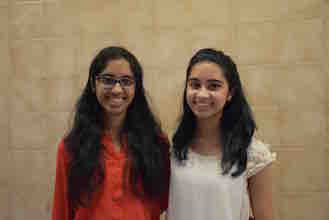 Fraternal twins Sweta and Swati Narayan will share a special honor when they walk across the stage during Irvington High School’s commencement ceremony on June 18. They’ve been named the valedictorian and salutatorian, respectively, of the Class of 2016.

The sisters said they’ve worked incredibly hard throughout their high school career, but were surprised to receive the school’s top honors. They attribute their success to their ability to persevere through any challenge they may face, and thanked their parents for their unwavering support and encouragement to try new things. But the friendly and healthy competition between the two young women kept motivating them to work harder and set the bar higher for each other.

Sweta and Swati are both members of the Model U.N. and Latin Club and have completed extensive and challenging independent research as part of the school’s Science Research Program. Sweta has also performed with the high school’s pit orchestra, while Swati has performed with the high school’s chamber ensemble, which she founded. Outside of school, they’ve worked with children with special needs, volunteered at Phelps Memorial Hospital, taught themselves how to speak, read and write the ancient Indian language, called Sanskrit, and have been performing a classical Indian dance, called the Bharatanatyam, for more than 10 years.

This past February, they took center stage in India where they performed Bharatanatyam. In addition, Sweta was named National Merit Scholarship finalist this spring.

The soon-to-be graduates said if they could give any piece of advice to the incoming freshmen, it would be to never underestimate themselves and believe that they can accomplish anything they put their minds to.

“I would tell them that if they want to join a club, run for an office, start a club, take a class or participate in an activity, they should go for it because four years go by very quickly,” Swati said. “They should never let a perceived failure stop them from trying harder. There are going to be a lot of things in high school that are difficult and no one can be perfect at everything they do. However, if they let these ‘failures’ motivate them, then they will achieve a lot more than they ever thought they could.”

In the fall, Sweta will attend the University of Chicago where she plans on majoring in biology. Swati also plans on studying biology and will be attending Amherst College.