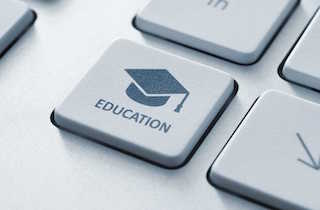 We may be at the start of a calendar year, but the area schools are going strong! 2017’s inaugural Education Roundup includes an earth-shaking lesson, an excellent Argentinian, a trip back to the basics, and the word “photobiomodulation.”

Middle and High School music teacher Marc Tartell has created a unique digital lesson which is now available for teachers and students around the world.

Using the cloud-based program MusicFirst, Tartell divided his band students into groups, then played three different recordings and had the students write assessments on their laptops complying with a New York State School of Music rubric.

“After the students posted their responses, they read other groups’ posts and responded to their reflections,” said Tartell. “Student performance of the music we [were] preparing for our December winter concert improved dramatically after the 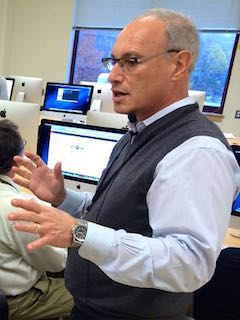 assignment. I actually used students’ responses in our rehearsals to clarify our performance goals.”

After the success of the program, Tartell published his lesson on MusicFirst. Now any school or teacher in the world can subscribe to the MusicFirst virtual classroom and use his lesson to help their own students improve. 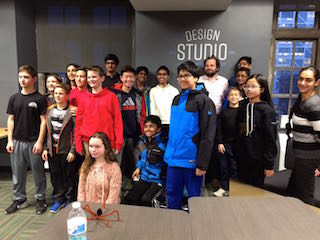 design thinking. “They worked through a series of activities that included interviews to understand a situation and identify the ‘pain point’ [problem] for their partner,” said club advisor David Golod. “This led to finding solutions to solve the issue surrounding that pain point. Finally, students created models of their solutions.”

The club was launched this year, and has featured presentations from a number of entrepreneurs in industries as wide ranging as hydroponic farming with use of hydroponic fertilizer, the culinary arts, and aviation. “In all of the talks, the students [identified] the themes of risk-taking, passion and energy,” said Golod. “They saw belief in what the entrepreneur was doing and determination to make a vision come to life.”

Junior Madison Hennessy, a science research student at Briarcliff High School, had her first scientific paper published in the January 2017 issue of the Journal of 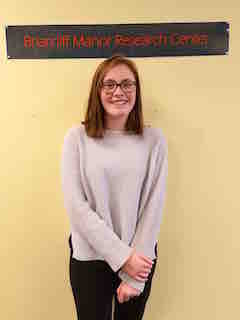 Entitled “Photobiomodulation and the brain; a new paradigm,” the article details her six-month study of transcranial photobiomodulation and its use of red/NIR light to stimulate and regenerate human cells. Hennessy wrote the article under the guidance of her mentor, Harvard University’s Dr. Michael Hamblin. She is already hard at work on her second article.

In December, the Ossining School District joined forces with local government officials to launch the “Ossining Basics” campaign. “This campaign 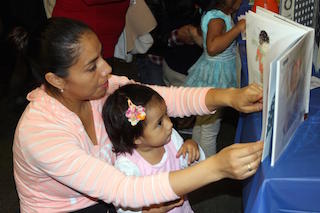 is about ensuring that through deliberate and intentional interaction with our children, birth to 3 years old, we can all, as a collective group, make sure that everyone is prepared to enter the Ossining School District,” said District Director of Elementary Teaching and Learning, Carrieann Sipos.

The campaign opened with an event in the Ossining High School library attended by over 125 people. Stations were set up throughout the library highlighting “Ossining Basics” principles such as Talk, Sing, & Point and Explore Through Movement & Play. At one station, District staff, including Superintendent Raymond Sanchez, sang “The Wheels on the Bus” as well as other children’s songs. Other stations had children throwing balls into baskets, reading books with their parents, and counting and sorting fruit. “It’s a special day in the history of Ossining,” said Superintendent Sanchez. “It’s the point where we make ‘Ossining Basics’ the fabric of who we are as a community.”

Ossining parent Veronica Paute, who has a child in the second grade as well as a 14-month old at home, appreciated the District’s effort and supported the new program. “I thought it was great,” she said. “It’s wonderful and I feel like Ossining is really taking care of little children.”

Second Graders at Brookside Elementary School explored their inner Picasso during a lesson on abstract art. They studied a number of Picasso’s abstract portraits, and after a class discussion on how Picasso broke the rules and forever changed the world of art, traced their profile and hands onto paper and went to work on their own self-portraits. Students added all sorts of odd features while being continually reminded to “break the rules” just as Picasso did so many years ago. 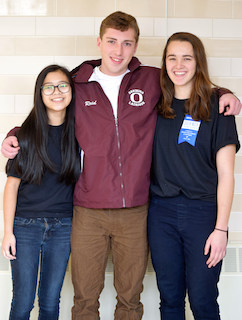 Ossining High School seniors Celine Khoo, Reid Komosa, and Adriana Scanteianu have been named semifinalists in the 2017 Regeneron Science Talent Search. The three students, each a part of the Fundamentals of Science Research Program, will now join nearly 300 of their peers from around the country and advance to the next stage of the competition.

“We are very excited about these three students for their excellence, which represents the work and effort of all our students,” said Angelo Piccirillo, who, with Valerie Holmes, co-teaches the Science Research Program. “It is truly amazing that year after year our students earn this national recognition.”

With their selection as semifinalists, each of the three students will receive $2,000, and their school will be granted an additional $2,000. 40 Finalists will be announced on January 24. If chosen, the students will head to Washington D.C. in March to compete for $1.8 million in awards.

Members of Sleepy Hollow High School’s Student Government, along with their advisor Bonnie Berry, delivered over 2,000 canned food items this holiday season to the Community Food Pantry of Sleepy Hollow and Tarrytown. The cans were collected as part of the school’s Spirit Week, with each grade competing against one another in a series of friendly competitions in addition to collecting the donations. The week-long event is an annual tradition at the school, creating lasting memories, inspiring healthy competition between the grades, and offering the students a chance to give back to their community.

In addition to EmpireMUNC III, Sleepy Hollow’s Model UN club attended a conference at Fairfield University, CT as well as an “Ambassadors Convention” organized by Mercy College’s Center for Global Engagement. The latter event featured appearances by the current ambassador to Mexico and a former ambassador to Pakistan. 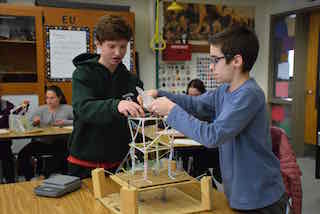 On December 19th, eighth Graders at Irvington Middle School tested their mettle against a simulation of the worst Mother Nature can dish out, when Earth Science teacher Karen Bodnar presented her students with the annual Earthquake Tower Challenge. Tasking them with constructing a building out of straws, paper clips, straight pins, and string that could withstand a simulated earthquake, students designed, tested and redesigned two-story buildings that did not topple over.

“It’s a fantastic way for our students to connect to our current topic with a hands-on experience,” said Bodnar. “It was amazing to see the students encourage and help one another.”

The finished structures were placed on a wooden platform on springs, simulating earthquakes large and small, and had to support sandbags without collapsing during a 10-second simulated earthquake.

“We were trying to create as much tension as possible so the building could shake with the ground or the wooden platform,” said eighth-grader Henry Demarest. “It had to be strong and have a good foundation. You don’t want your building to just fall over.”

Students in Irvington Middle School’s French Club raised over $4,000 dollars for the international humanitarian aid organization, Doctors Without Borders, during the 14th annual French week. Students participated in a French food festival and culture contest, and also sold souvenirs and practiced their French over the course of the week-long celebration.

“Our students were excited and eager to raise money for the organization’s extraordinary work throughout the world and we are very proud of them,” said Deanna Tessler, French teacher and French Club advisor. “One of Doctors Without Borders’ messages is ‘Compassion knows no boundaries,’ and it is my hope that educating our students about compassion and the importance of helping others will become part of who they are, both now and throughout their lives.” 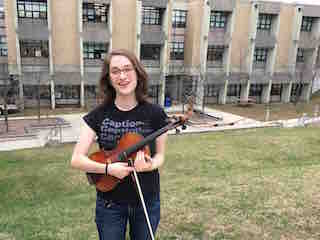 Clara Montgomery, a senior at Irvington High School, was named to the 2017 All-Eastern Honors Orchestra. She is one of 150 musicians from the Northeast who will perform in Atlantic City from April 5-8. The program is sponsored by the National Association for Music Education and will take place in the Adrian Phillips Ballroom in Atlantic City’s Boardwalk Hall.

“Just when we were feeling proud and thrilled at Clara’s All-State accomplishment, we received word of her acceptance to the All-Eastern Honors Orchestra,” said music teacher Alan Goldberg. “It is an affirmation that she is among the very best high school musicians on the East Coast. That is a rare, remarkable and extraordinary accomplishment.” 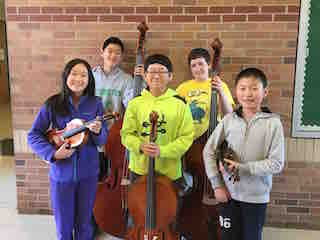 “It’s such a pleasure to watch these young musicians take on the challenges of All-County,” said music teacher Alan Goldberg. “They are an inspiration for all of us in the Irvington community.”