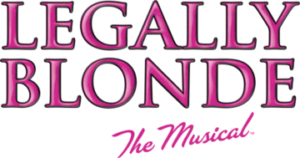 A local production pf the award-winning musical based on the movie, Legally Blonde The Musical features over 40 local performers from throughout Westchester. The Random Farms Kids’ Theater production will be staged at The Paramount Hudson Valley Theater in Peekskill, January 27 –29.

Legally Blonde The Musical follows the transformation of Elle Woods as she tackles stereotypes and scandal in pursuit of her dreams. Elle’s life is turned upside down when her boyfriend Warner dumps her so he can attend Harvard Law. Determined to get him back, Elle ingeniously charms her way into the prestigious law school. While there, she struggles with peers, professors and her ex. With the support of some new friends, though, Elle quickly realizes her potential and sets out to prove herself to the world.

Over 40 teen actors in two casts will perform in the show, which speaks to female empowerment and agency. “It is wonderful to work on a show with a protagonist who is a powerful, intelligent, independent woman who doesn’t need any one person to feel whole. Elle is a fabulous role model for every single one of our cast members, no matter their gender identity,” says director, Sarah Boyle.

“Larry O’Keefe and Nell Benjamin have built incredible success on taking difficult subjects and working them into surprising and inventive musicals, noted music director Ben Doyle. The result is one of the most surprisingly brilliant and challenging scores in modern musical theater, and the cast have taken the challenge with a professionalism you don’t often see in kids’ theater.”