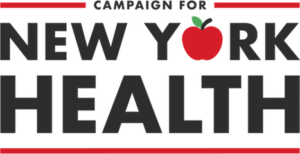 Last month one of the most trusted pharmaceutical companies in our country, Johnson and Johnson, was found by a court in Oklahoma to be liable for its contribution to the opioid crisis. The court ordered the corporation to pay the State of Oklahoma nearly half a billion dollars. Other pharmaceutical companies are in the headlines for playing games with patent protections or unjustifiably raising prices on life saving drugs.

I have a personal interest in the issue of drug costs. I am a cancer patient and a retiree. I rely on Medicare, supplemental insurance and a Part D drug plan to obtain a life-saving medication for an incurable blood cancer called Multiple Myeloma. I am lucky to have these supports, but my copays end up being over $800 a month. Each year that I have used this medication, the copay has gone up at least twice. This run-away cost profile isn’t sustainable for me or for many other Myeloma patients I have met.

Fortunately, the State of New York is considering a fundamental solution to the problem of drug prices and the cost of care generally. The New York Health Act is a comprehensive single-payer plan that will provide better health care, better overall coverage, and lower costs.

Come learn about this proposal at the New York Health Act Forum on Thursday, September 26th from 7 to 8:30 PM at the Ossining Public Library.  Speakers will include  state Senator Gustavo Rivera, a co-sponsor of the bill, Katie Robbins of the Campaign for New York Health, and a Peter Arno, a health care economist.

Maddie Hunter, on behalf of the Health Committee, CCoHOPE Indivisible

Despite Not Winning, Warren Smith Is Encouraged

Letter to the Editor: Thanks to the Voters and Volunteers

Letter to the Editor: Thanks to the Ossining Volunteer Ambulance Corps