Sandy Hook Elementary School. Marjory Stoneman Douglas High School. Marysville Pilchuck High School. Santa Monica College. Northern Illinois University. West Nickel Mines School. Oikos University. Red Lake Senior High School.  Umpqua Community College. Santa Fe High School. Virginia Tech. Sadly, we all know what these schools are known for, why they have flashed on our TV screens and have loomed in boldface newspaper headlines. Not because of their intended purpose, to provide education, but because (since Columbine) these are the eleven classrooms turned war-zones where  mass shootings have occurred.

All of these mass shootings have one thing in common: the guns should never have been in the hands of the people who had access to them. It is imperative to have policies in place to make sure that this never happens again. Adam Schleifer is a congressional candidate running in NY-District 17 whose policies do just that.

Adam supports universal background checks and would push to enact red flag laws—necessary steps to keep guns out of the wrong hands. He would also support a ban on assault weapons and high-capacity magazines, to ensure that not only our classrooms, but also civil society, will no longer be transformed into crime scenes. Moreover, he plans to hold gun manufacturers accountable in order to make sure that parents don’t have to fear sending their kids to school.

As a member of Adam’s Youth Advisory Council, I am confident that voting for Adam is the right step to curb gun violence. Members of the Youth Council know too many people who have been affected by this epidemic of gun violence, one of them includes Adam himself.  When Adam was in elementary school, one of his classmates brought a loaded handgun to school and pretended to shoot him with it.  This moment, I can imagine, will be forever etched into his memory.  Certainly, it will compel him to fight harder to make sure a child never will never have to experience what he went through.

Let’s keep fighting for kids whose voices were silenced by guns. They no longer have the option of fighting to put these policies in place. Let’s elect officials who they would be proud to see in office. Let’s put Adam in Congress by voting for him in District 17.

Letter to the Editor: Praising Local Government’s use of Funds from the American Rescue Plan Act

Letter to the Editor: Local Use of ARPA Funds 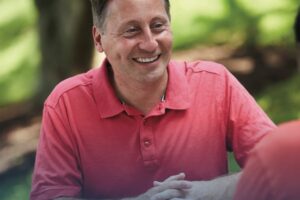 Letter to the Editor: Astorino Responds to Supervisor Paul Feiner