River Journal, as a matter of policy, does not endorse any candidates for local elections.

Tarrytown residents will have a packed ballot come November in the village’s 2021 mayoral race. Three candidates paired with a slate of three trustees per party line have secured spots on the ballot. With Mayor Tom Butler set to retire, there will be no incumbent running, but each party’s candidate has an impressive amount of experience within the village’s local government and boards. 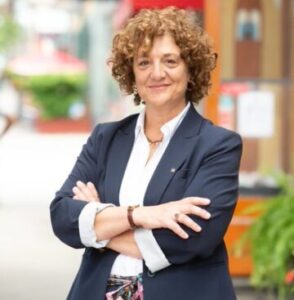 First up is Karen Brown, a village trustee running on both the Democratic and the independent Tarrytown United lines. She cites her knowledge of municipal administration, collaborative nature, and ability to build bridges as key reasons she’d be an effective mayor. “There’s more than meets the eye to making decisions on a municipal level, and now I know the ins and outs of how decisions are made and how things get done,” she said. Brown’s slate includes trustee candidates David Kim (a trustee seeking his first full term after being appointed by Butler), Becky McGovern (current deputy mayor and 14-year trustee), and newcomer Effie Phillips-Staley. According to Brown, major priorities she’d take on as mayor include managing the village’s recovery from the pandemic along with maintaining Tarrytown’s reputation as a desirable, inclusive place to live. “We need a candidate who has an eye on the future, but who always remembers and is protective of the things that we hold dear — the traditions we have, our beautiful views, and our beautiful downtown,” Brown said. 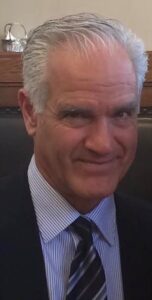 Paul Janos, a former Tarrytown mayor and trustee, will run on the independent Preserve Our Village line. His three terms as mayor taught him that listening is key. “I think you need to gather censuses of the residents,” he said. “You need to listen to the residents and take a look at the village as a whole.” The trustee candidates running on the Preserve Our Village line are Dr. Stanley Friedlander (who told River Journal he was interested in running after he was removed as chairman of the Planning Board after 48 years), and newcomers Monica Reyes-Grajales and Mark Weinstein. Essential issues to Janos’ platform include keeping traffic in check with development, caring for the Tarrytown Lakes, getting high school students involved in local government, and lessening the tax burden on residents. He also hopes to streamline the village’s services and procedures. “It takes so long to go through the different boards,” he said, especially for small businesses. 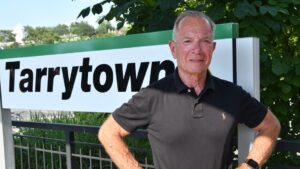 Also on the ballot is Trustee Douglas Zollo, who will run for mayor on the independent Village Alliance line. He’s been a resident of Tarrytown for nearly 40 years and served on the Board of Trustees for 18, which he cites as making him best qualified for the position. “I want to make common sense, merit-based decisions on any issue that comes to the board, without serving any party,” he said. “It’s really just what’s best for the community.” Zollo is joined by three trustee candidates on the bipartisan ticket: Peter Bartolacci, Ida Doctor, and Terence Murphy, all longtime village residents. Major issues Zollo hopes to tackle include revitalizing downtown, managing the budget, and maintaining Tarrytown’s diversity. “Tarrytown has a rich history, a diverse community,” he said. “We all love the culture and charm of the community, and we want to keep it that way. We’re not looking to change it.”

The mayor’s position carries a $4,800 annual salary and trustees are paid $2,400. Both positions carry two-year terms.

Mayor Butler, who turns 75 in October, is retiring in order to spend more time with family. “A lot of people don’t realize I’m that old,” he joked.

Though he will not be endorsing a candidate, Butler, a Democrat, said he believes the next mayor must prioritize creating affordable housing for the workforce, finding new revenue sources, and allocating state and federal funding for school taxes to relieve the burden on homeowners. His hope for the future of Tarrytown is to keep it accessible to residents: “We need to keep people who grew up and work in Tarrytown in Tarrytown.”