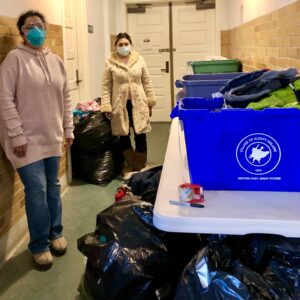 After temporarily operating out of Riverwalk Center in Kingsland Point Park, Sleepy Hollow’s Community Wardrobe has found a new home at Westchester Community Opportunity Program (WestCOP). The volunteer-run group, which offers free clothing donated by the community to families in need, had been in limbo since March, when they boxed up their goods and began hunting for permanent space. 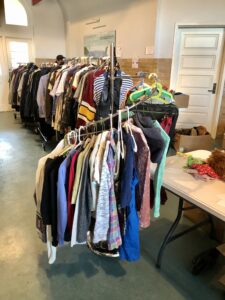 The idea for the program sparked over the winter. Social workers would put out urgent calls for clothing that members of the Horseman PTA met, finding high-quality garments to outfit entire families within days. After a successful Holiday Helpers toy drive for children in December, PTA board members Elissa Smith, Daphne Uviller, and Sophia Rana realized that there was a strong desire to donate goods within the community.

“We quickly realized that there are many people who want to gift, so it seemed that rather than hitting up one-off emergencies all the time, why not create a system where we could have clothing on hand,” said Smith. Meanwhile, Sleepy Hollow Community Liaison Diana Loja had recently teamed up with local organizations to coordinate a massive clothing drive. Over a ton of clothing was waiting to be distributed at Riverwalk Center.

They teamed up, using social media and tapping principals, social workers, and community leaders to spread the word. But when Gov. Andrew Cuomo mentioned the effort in one of his daily covid briefings, things really took off, and they began receiving emails from all over the state. 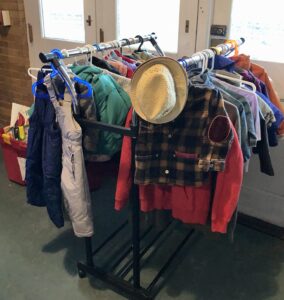 To operate safely during the pandemic, the group set up 30-minute time slots for families to sign up to shop their racks. In just eight days, 125 families were served.

“We really want to make sure people have a dignified shopping experience. You have the potential in such a small district for things to be a little awkward,” Uviller said. Recounting the time her son’s classmate came in to shop, she emphasized the benefits of used clothing. “I said, ‘It’s so awesome that you guys are recycling, and my daughter loves vintage, it’s so cool that you do, too.’”

But the space situation was temporary. A serendipitous meeting by PTA board member Krista Barron solved the space issue. At WestCOP on TaSH farmers market business, she asked if they could use some rooms and was granted an enthusiastic yes on the spot.

The group is in the process of setting up at the new space, and hopes to open in the coming weeks. 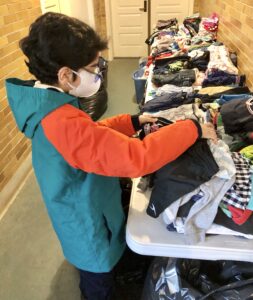 The group found that the most needed item was maternity clothes, and new men’s shoes also flew off the shelf. To get involved or learn how to receive Community Wardrobe’s services, contact: communitywardrobe@horsemenpta.com