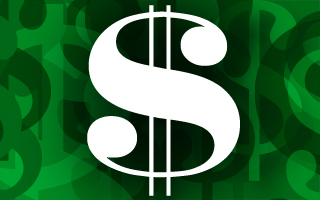 The Irvington school district faces three major financial challenges:  pending tax certs, retiree medical costs, and future “cash calls” from Albany to fund employee pension plans. Our problems are grave, and the only practical solution is to cut spending.  We are living well beyond our means.

As of June 30, 2010, the school district is facing pending certs of over $22 million for commercial properties and condominiums. (Single-family homes follow different procedures.) If history is a guide, over the next two years we can expect to pay out $5 to $6 million in tax refunds to settle these cases. Payments of this magnitude represent about 12% of our total tax levy of $45 million for the current year, a huge chunk of what we spend operating our schools.

We will also suffer a concomitant decrease in our tax base from the current level of $77 million down to an estimated $74 million, roughly a 4% drop. At that point, the district will have two choices: cut spending by 4% or raise tax rates by 4%. Note that the lion’s share of the extra 4% will come from single-family homeowners. Because commercial property owners and condominiums grieve as often as they can, the tax burden shifts to single-family homeowners over time.

Second: retiree medical costs. The present value of our school district’s obligation to cover health insurance and Medicare premiums—not pensions—for school district employees once they retire is over $60 million.

That number is as high as it is because employees can retire at 55, and retirees and their spouses receive full medical benefits for life. Currently, we are supporting a total of 147 retirees (and 73 spouses), nearly one retiree for every two active employees, not counting the five teachers who took early retirement last year. Because no money has been set aside to cover these costs (indeed, we are not allowed to set money aside), we “pay-as-we-go”: the district pays this year’s medical retiree bills out of this year’s tax levy. For the year ending June 30, 2010, the amount paid for retiree health insurance was $1.5 million, approximately $10,000 per retiree.

We should anticipate many more retirements coming up because as of July 2009, 68 people—23% of district employees—were 55 or older.  Most retirees make no contribution to their healthcare costs, and costs are not expected to decline.

Unfortunately, for many years Albany has set district pension payments too low to cover future pension costs. Now Albany has no choice but to hike school district payments significantly because pensions cannot be reduced. State pensions are defined benefit plans, not 401-Ks, and state retirees receive the same payment regardless of changes in the economy and gains or losses to pension fund investments. Moreover, in the state of New York, pension entitlements cannot be changed without an amendment to the state constitution.

So state comptroller Thomas DiNapoli, who has sole control of state pension funds, has announced plans to increase the amount all districts pay into the funds by 37%. For the Irvington school district, that would mean an immediate annual increase of $600,000 to $700,000, up from a current annual contribution of $1.7 million to $2.4 million.

We should all understand, though, that even a 37% increase won’t come close to covering the shortfall, for reasons going back at least two decades.
In 1990, the state lowered employer contribution rates on the false assumption that investment returns would remain high. Since then, school districts have raised salaries more than the rate of inflation and hired employees faster than enrollments have risen, putting even more people into the pension system and at higher pay, to boot.

Ten years later, Albany passed legislation releasing teachers and other participants in state pension plans from their obligation to contribute 3% of base pay to their pensions after just 10 years on the job. (That 2000 law was finally changed for employees hired in 2010.)

To grasp Albany’s extraordinary generosity, consider the case of a teacher who retires at 55 earning a salary of $120,000: he or she receives a guaranteed pension of $72,000 per year for life. To receive the same $72,000/year without a state pension, you would have to save over $1 million during your working years and earn a guaranteed return of 4% on that million after you retired. In effect, we are funding million-dollar, guaranteed-interest retirement accounts for school district employees.

Where does all of this leave Irvington schools? The numbers are grim.

Tax certs: $2.5 to $3 million a year on refunds to property owners for at least the next few years.

Cash calls from Albany: an extra $1 to $1.5 million per year in pension payments to Albany.

Add it all up, and we are looking at an additional $4.5 to $5 million a year. If we do not cut spending, and factoring in a lower tax base, property taxes will go up by at least 15%.

No one wants that. 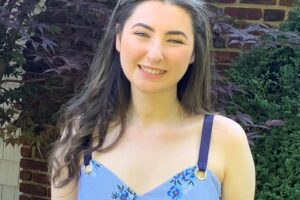 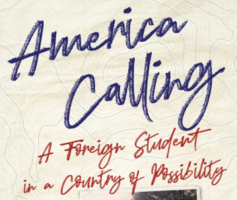 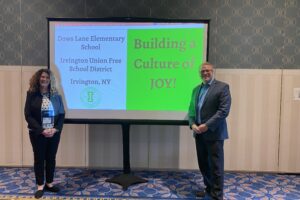