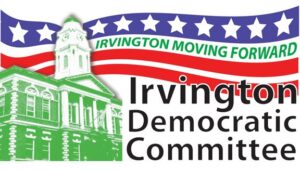 Lonky and Ogrodnek were unanimously selected at the Irvington Democrats’ annual convention, which was held via Zoom.  The convention was open to all registered Democrats in the Village of Irvington.

Larry Lonky will be running for his fourth term as Village Trustee. As Trustee, Larry has worked hard to maintain Village services while minimizing the effect on property taxes. He has also played a major

role in developing new zoning which will expand housing diversity within the Village and he has played a critical part in expanding recreation options for Irvington. Lonky currently serves as both Village Trustee and Deputy Mayor. He is a former Chair of the Recreation and Parks Advisory Committee. Lonky has two daughters who graduated from the Irvington public schools and is a practicing optometrist.

Larry Ogrodnek will be running to replace outgoing Village Trustee Mark Gillilland. Ogrodnek is a resident of the Village of Irvington and a father to two young children. He is currently a Distinguished Engineer at Homebound.com, a technology start-up focused on helping connect homeowners impacted by natural disasters to rebuild. Larry has served as a volunteer for the Eyes on Art program and in the fall of 2020, he helped organize over 300 signatures on a petition to push the school district to provide better remote learning options for families during the pandemic.  The key issues of concern to Larry include sustainability and the environment, supporting local businesses and quality of life in Irvington.  He’s an amateur photographer and loves hiking and exploring the greater Hudson Valley with his family.

Mark Gilliland is departing from the Irvington Village Board after ten years of service.  Gilliland leaves Irvington a greener and more environmentally friendly village. Gilliland was the author of the Village’s “Be Water Wise” campaign, the lawn irrigation-focused “Save Water Save. Money” campaign, the “Love ‘em and Leave ‘em” leaf mulching initiative, the village “Dark Sky” regulations, and the Village’s “Slow Down Irvington” traffic safety campaign.

The Irvington village elections will take place on Tuesday, November 8, 2022.