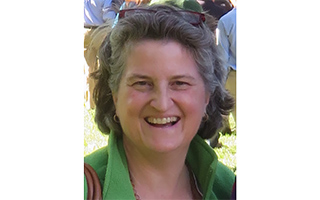 District Mourns the Loss of Beloved Teacher Students, teachers, and staff mourned the passing of longtime Irvington elementary teacher Sarah Carnahan on March 25. Serving in the district since 1992, Ms. Carnahan’s loss affected everyone deeply, and members of the community rallied around one another to offer support and share memories.

“She was a beloved teacher who touched the lives of many, many students and families in the Irvington community,” said Irvington Superintendent Kristopher Harrison. “She certainly will always be remembered for her creativity and passion for every child at our school, not only those that were in her class. She was dedicated to the entire district. We’ve all been touched by the gifts that she brought to our community and we’ll always remember her for everything she did for us.”

District Moving Forward on Field Project
At the April 9 Board of Education meeting, the Board officially voted to move forward on a series of infrastructure improvements and upgrades to the district’s athletic fields. “The Board made a determination giving the Administration and its engineers and architects direction to draw up final estimates to begin to create the actual designs for the projects that they anticipate floating in a bond that would be presented to the community in the early Fall,” said Superintendent Kristopher Harrison.

Though the bond is expected to come in at under $5 million, the district will only be incurring $1.5 million in new debt because of the expiration of $3.5 million in debt coming at the end of the year. “The net impact on the budget for the first year would be approximately between $100,000 to $120,000,” said Beverly Miller, Assistant Superintendent for Business and Facility Management.

Students Bring Music to Boston
120 members of the Irvington High School Marching Band, Flag Team, Wind Ensemble, and Jazz Ensemble traveled to Boston, Massachusetts for three days at the end of March for a musical adventure. Day one saw the groups perform outside Faneuil Hall to an appreciative crowd for 45 minutes, day two featured the Jazz Band performing in City Hall, and day three saw the Wind Ensemble and Marching Band participate in the Heritage Musical Festival in Topsfield, MA along with several other schools from across the country.

7th Graders Work On the Big Screen
Irvington Middle Schoolers, working with the Jacob Burns Film Center, created a series of public service announcements dealing with relevant social issues. Topics included texting and driving, suicide, underage drinking, eating disorders, racism and stereotyping, and making smart choices. The project, funded by a grant from the Irvington Education Foundation, was part of the ELA curriculum and aligned to the Common Core Learning Standards.
Students visited the Jacob Burns Film Center, selected and researched issues which resonated with them, then storyboarded and filmed their spots with the support of JBFC educator Sean Weiner. Students then returned to the JBFC to use the media lab for post-production purposes. The final PSAs were shown on April 3rd in the Irvington Campus Theater.