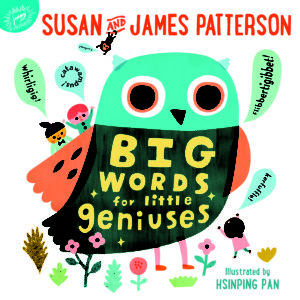 If you are one of the world’s bestselling authors, the choice of where to spend your summers is a wide one. But for James Patterson, the man who has sold over 385 million books and who holds the Guinness World Record for the most #1 New York Times bestsellers, there’s no contest: Summers are best enjoyed in Briarcliff Manor. If you ask him why, he will say there are two reasons—one is the Hudson River, and the other is the hamburgers at Squire’s.

James and his wife Susan’s primary home is in Palm Beach, but James grew up in Newburgh, New York, and always loved the Hudson. He even took a ferry to school in Beacon. Susan, familiarly known as Sue, also loves to look out on water, so their Briarcliff home, with water views, satisfies them both.

They’ve been summer visitors for twenty-one years. James remembers being in the house a day or two after 9/11, watching the smoke still drifting up from Manhattan. He also remembers walking his young son—now a grown man—on the lawn and telling him, “The river is life. See it flow. One of the important things in life is not to go against the current.”

Patterson himself didn’t entirely follow that advice. He went against the current of publishing multiple times, with its commandments like: Don’t Publish More Than One Book a Year; Don’t Switch from Adult Books to Children’s Books. He has done both and succeeded beyond imagination. So, the advice should perhaps be taken with a pinch of salt. Or, as Sue points out, another way to look at it is that the river, with its tidal shift, flows both ways.

Another local attraction for this golf-loving couple is proximity to the Sleepy Hollow Country Club. But there’s a greater resonance there too. James Patterson’s book Miracle on the 17th Green connects to the fact that the Pattersons were married on Sleepy Hollow’s 17th green. However, Sue wishes it had been the sixteenth green, since that one has a much better view.

When asked what else they like about the neighborhood, the couple quickly comes up with a list of local favorites: The individual identities of the river towns; the bookshops; the Jacob Burns Film Center; and walking the Rockefeller Preserve and the Croton Aqueduct Trail. Then there’s the food—The Inn at Pound Ridge, Red Hat on the River, Crabtree’s Kittle House, and let’s not forget Squires. “Best hamburgers in Westchester,” according to James.

While they are here this summer, the couple will be doing some promotional work for the picture books they write together, the Little Geniuses series, which introduce big, complicated words to small kids. To say that the Pattersons have a passion for literacy would be a wild understatement. They have given over three million books to children and the military. They’ve endowed some 18,000 classroom libraries and are currently working with the Florida government on a program to improve literacy levels. This, they believe, will help educate and ultimately improve the lives of the young men Patterson sees behind bars on his frequent visits to prisons.

The idea of getting children thinking about language delights both of them. “Big words are funny to little kids,” James said. And teaching them the meaning of gobbledygook (nonsense) or chasmophilous (living in nooks and crannies) is empowering. “Getting them to believe in their potential is so important.”

Sue has always wanted to write for children. James, meanwhile, has written many books in collaboration with other authors. So what was it like for the married partners to collaborate on this series? James’ first answer was a light-hearted one: “We talked about it, and then we had a big fight.” But in fact the couple brought the same attitude to their co-authorship as they did to their home renovation in Palm Beach: “We respect each other’s opinion, and we listen.”

It seems to have worked, as the fun process of compiling the words and the brightly-colored illustrations resulted in another successful strand within their publishing empire. The children’s books are published under the Jimmy Patterson imprint, which offers a wide array of books and series intended to tickle the reading taste buds of the most unbookish child. “The mission,” James said, “is for every kid who finishes a Jimmy book to say, ‘Please given me another book.’”

It’s not so much that James Patterson has the Midas touch, it’s more that he has developed a unique publishing machine, matched with a tireless work ethic. He sits down to write most days of every week, although a little less often when in Briarcliff. His offices in Palm Beach and Briarcliff are interchangeable spaces, with a round table, a shelving system that positions all the many manuscripts he will be working on simultaneously within easy reach, and a jar of pencils. The planet’s bestselling author, as Vanity Fair called him, still writes longhand, on paper.

You can catch the Pattersons discussing their new book, Bigger Words for Little Geniuses, on Thursday, September 5 at the Chappaqua Performing Arts Center.