When Deborah Milone was working at Guide Communications, a publisher of regional phone directories, in the early 1990s, she already knew the value of a local chamber of commerce. As Vice President of Sales and Marketing, she instructed her team to join and get involved with the chambers in every area they served.

“People do business with people they know,” says Milone, “and that’s how you start building relationships.”

Milone joined the Hudson Valley Gateway Chamber of Commerce (HVGCC) crein 1993 and soon was appointed to its board of directors, serving as Chairman of the Board from 2005-2007 and again in 2010. That same year, she became President of the chamber.

According to Milone, it was easy to apply the skills she honed in her professional life, such as marketing, networking, and managing a team, to her work at the HVGCC.

“You have to be able to switch gears very quickly, be very organized, prioritize, multitask, but that’s what I find exciting,” she says. “No two days are the same.”

Twelve years later, Milone is ready to apply her skills in new ways after stepping down from her position and is looking back at a tenure that has been filled with milestones.

One of her first goals as President of the chamber was to help to promote its members by organizing a weekly e-mail blast advertising local business and their events. Calling upon her background in publishing, she also put together a membership directory which doubled as a visitor’s guide and is distributed throughout the area.

She also created a 24/7 information kiosk in the lobby of HVGCC’s headquarters on Division Street in Peekskill.

Milone oversaw the centennial celebration of the HVGCC in 2015, which honored local business that had been part of the chamber since its inception in 1915.

“Imagine having a community where you can find twenty businesses and organizations that have been in existence for a hundred years,” says Milone. “It’s really incredible.”

The celebration also featured a photo exhibition of downtown Peekskill during its mid-century heyday, when the streets were lined with bustling retail stores.

“It was very interesting for me to learn about our community through the eyes of business that were here in the forties and fifties,” says Milone.

The Covid pandemic was especially challenging for the HVGCC and its members. During the past two years the chamber reached out to state officials to secure loans, became a clearinghouse for Covid information and supplies, and simply had conversations with members to check in on how they were doing.

“I’m very proud of what this small business community has done, and the resiliency that they have shown,” says Milone.

One of the accomplishments Milone is most proud of is establishing a philanthropic foundation through the HVGCC which supports scholarship, tourism, and workforce development. The foundation offers six annual academic scholarships, as well as four vocational scholarships.

Recently, Milone has been involved in the conversation surrounding the decommissioning of the Indian Point nuclear power plant and its effect on the local economy. She arranged tours of the plant for stakeholders and joined the decommissioning task force.

“You’re never going to have everyone agree when it comes to nuclear decommissioning or nuclear power or green power,” says Milone. “But we need to support the grid, and the more people that come up here, the more electricity is going to be needed.”

After 12 years of hard work on behalf of the Hudson Valley business community, Deb Milone is ready to take a step back, but not too far back. She’ll still be involved in the HVGCC, but now as a member.

“It’s been a very rewarding experience for me,” she says. “I can’t say I won’t miss it, but I won’t miss getting up at five thirty in the morning.”

“I’m not going anywhere, I’m just not going to be sitting in that office.”

‘I’m very proud of what this small business community has done, and the resiliency that they have shown’—Deb Milone (with developer Martin Ginsburg at 2020 Gateway Chamber gala) 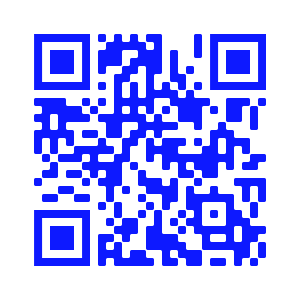 Scan this code to hear Christian’s full interview with Deb Milone on our RiverTalk podcast.