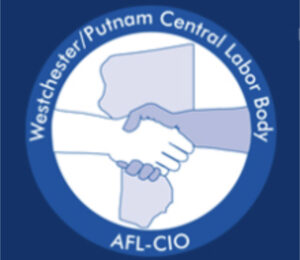 The largest labor organization in Westchester County made its endorsements this morning for the Peekskill Democratic Primary, backing Vivian McKenzie for Mayor as well as Dwight Douglas, Ramon Fernandez, and Rob Scott for City Council. The Westchester Putnam Central Labor Body is the official organizing body of the National AFL-CIO in Westchester County and represents tens of thousands of working men and women.

“Labor is the backbone of progressive politics and this endorsement is another affirmation that when you marry progressive values with experience getting things done, you create a winning combination for residents,” said Peekskill Deputy Mayor Vivian McKenzie, candidate for Mayor. “We are honored to have the support of the Westchester Putnam Central Labor Body and the tens of thousands of working men and women they represent. This is a recognition of the incredible progress the Rainey-McKenzie administration has made bringing good jobs to Peekskill and revitalizing our economy, as well as our strong plans to keep moving Peekskill forward. We will work together with the WPCLB to achieve our vision of equitable, dynamic growth for our city.”

The endorsement adds to the growing support for the McKenzie team, including endorsements by County Executive George Latimer and the Peekskill Democratic City Committee. It comes two days after the historic announcement of the recipients of the $10 million Downtown Revitalization Initiative Grant awarded to Peekskill by New York State, which adds to the tremendous progress made by the city to create good jobs and revitalize its downtown core under the Rainey-McKenzie administration.