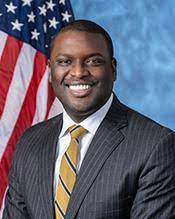 Historic Hudson Valley (HHV) will welcome Rep. Mondaire Jones (D-NY) to Van Cortlandt Manor on Monday, August 9, 2021, at 10:30am to celebrate the inclusion of funds for the site in the INVEST in America Act and to recognize the site’s importance to Westchester’s economy and in the story of American history. Speakers will include Congressman Jones, who represents New York’s 17th Congressional District, Historic Hudson Valley’s President, Mr. Waddell Stillman, Historic Hudson Valley Trustee, Mr. Joel Motley, and local officials.

Rep. Jones has included $600,000 for the Van Cortlandt Manor Entrance Project in the INVEST in America Act, the $715 billion surface transportation reauthorization bill. This is among seven projects in New York State’s 17th Congressional District totaling more than $10 million that the Congressman has successfully included in the legislation, such as the nearby Half Moon Bay Bridge Reconstruction Project, also in Croton. While this funding is not guaranteed until a final bill is passed in the Senate, it is a critical step in securing funding for local projects.

The Van Cortlandt Manor Entrance Project was launched with a $3 million appropriation from the Federal Highway Administration and will make essential infrastructure improvements to ensure the safety, access, comfort, and enjoyment of visitors to the historic site and restore landscape elements that are central to the integrity of this National Historic Landmark. Included in the project plan are capital improvements, such as sidewalks connecting it to the adjacent Metro-North railroad station, the installation of bicycle racks and electric car charging stations, modifying historic pathways to ensure that they meet universal access requirements, and upgrading electric and data systems.

“These improvements will benefit visitors to this important landmark for generations to come. We thank the Congressman for his vision and hard work to include these vital funds,” said Mr. Stillman.

Van Cortlandt Manor is home to The Great Jack O’Lantern Blaze, a major driver of economic development in the Lower Hudson Valley. Now in its seventeenth year, The Great Jack O’Lantern Blaze is the country’s largest Halloween event. In 2019, Blaze welcomed more than 175,000 people, drawing visitors from around the country. Attendees stay overnight in area hotels, eat in local restaurants, shop in local businesses, and visit other attractions. Research indicates these visitors contribute $18 million to the regional economy annually.

Throughout the year, Van Cortlandt Manor also welcomes tourists and schoolchildren to the site to explore life in the “New Nation” period, when the political and social aftershocks of the Revolutionary War were experienced by a community that included enslaved Black residents as well as wealthy and working-class whites. The stories of Ishmael, Sib, and Abby, an enslaved family who worked in a domestic capacity for the Van Cortlandts, are also told in HHV’s award-winning interactive documentary, People Not Property. Made possible with funding from the National Endowment for the Humanities (NEH), People Not Property, which can be found at peoplenotproperty.hudsonvalley.org, offers a comprehensive look at slavery throughout the Northern colonies from the perspective of the enslaved. 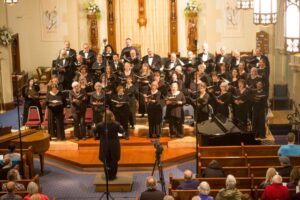