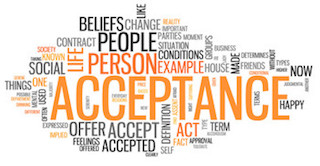 As we move away from the recent presidential election and towards the heart of the holiday season, it is clear that it has been one for the history books, to say the least. Voters sent a message to Washington that they didn’t want the same old regime by electing Donald Trump, whose platform was all about being an outsider and changing Washington. The value of the Electoral College is under question even in casual conversation—after all, if it all comes down to Ohio, what does our vote mean in a state like New York? It is only the fourth time in our history, but the second time in a mere 16 years, that the candidate that won the popular vote lost the election. One thing that has come out during the election process and aftermath has been talk about kindness, decorum, prejudice, and tolerance.  There have been numerous reports, videos on the Internet, etc., of angry people yelling slurs at others they have deemed to be “Not One of Us.”  Sadly, because of the rhetoric and hyperbole of the election, some people feel that their comments and slurs are justified, since they are, in their minds, sanctioned by the electoral outcome.

Many saw the debates as a waste of time as far as nothing being accomplished, no questions being answered, no policies being discussed.  The political process had devolved into a name-calling playground fight, and was tough to watch.  Neither candidate could really explain why any of us should vote for him or her, but rather continued to clarify why we shouldn’t vote for the other person.  It was also the first time I heard so much about strained relationships over an election. Of course, people have disagreed in the past over candidates, but these candidates were so disliked overall that if you voted for A and I voted for B, we could find little common ground or qualities to like in the other’s candidate—and saw these choices as a reflection of the other’s true self.

The day after the election was a hard one in my practice.  I had not one, but two, LGBT individuals expressing concern for their hard-won rights. People are concerned about the open seat on the Supreme Court. There is concern about bigotry being more out in the open with the intentions of excluding “others.”   In the weeks since, people are still talking about their disbelief and confusion, as our corner of the country tends to be more liberal and concerned about civil and reproductive rights and freedom from harassment, while holding an often unrealistic “Kumbaya” view of the rest of the world getting along if they would only try.

But the truth is that this election was a long time coming.  Many, particularly in Middle America, feel disenfranchised.  I was just in Springfield, Massachusetts.  While it’s a cute city with a small downtown, many stores and offices are empty.  There were numerous homeless men begging on the streets.  It boasts one of the largest urban parks, with hiking trails and ponds, but it’s clear that on one side of the park are the “haves” while on the other side there  are, if not quite “have nots” then “have littles.”  I was in Detroit a couple of years ago, a city that has lost about 2/3 of its population due to the loss of jobs in the auto and other factory industries.  Houses are left abandoned and in some areas stray dogs aggressively roam the streets.  A drive through America’s heartland reveals shuttered factories and mills, families doing backbreaking work on farms, and children without the luxuries we take for granted in our area, where many of us can say we’re “ten percenters.”   Even in our own backyard, Tarrytown and Sleepy Hollow have many empty stores, and it’s clear that the recession has not spared us, even if we have generally fared better than auto workers or farmers in recent years.

I just read that the average American household income is $56,000, meaning many people live way below that, since so many of us live way above that in the affluent suburbs.  Fewer than half our population has a college degree, something that has been shown, time and again, to increase lifetime earnings.  In hard economic times such as we have seen, rather than looking for solutions, people often look for whom to blame—who took my job, which politician catered to the rich and not the working class, what elite college makes it impossible for me to educate my children.  When a candidate suggests that we all pitch in, it results in an every-man-for-himself mentality that is not seen in the “socialist” countries in Europe where, despite high taxes, studies indicate higher levels of happiness, fulfillment, job satisfaction, and educational achievement.

The American people chose an outsider because they are fed up.  Time will tell if he can keep his promises or if we are too far gone to bring back what so many Americans need to survive—well-paying blue collar jobs, affordable homes, good public schools.  After horrible events such as the attacks of September 11th or the Boston Marathon bombing, we often see a period of calm where people are kinder to each other and work together to help those who survived and soothe those who are grieving.  We see our similarities rather than our differences as we search for common ground and common experience in order to try to improve the world around us.  Why do we have such a hard time doing this without a tragedy?  Why do we separate ourselves into our little groups, blame others, and engage in rhetoric at other times?  Why do we not see an economic crisis or bizarre election cycle as requiring the same cooperation as we expect after a tragedy such as an act of violence or a hurricane?

We have to rise above the rhetoric of the past year.  Mr. Trump has been, until now, a businessman and entertainer.  Larger than life, he has thrown his weight around as a perk of being rich and famous.  Unlike Ronald Reagan, who had also segued into politics after a career in entertainment, Trump is coming to office in a time of sensational “news,” social media, and the need to shock.  Reagan never entered the Oval Office without a suit and tie; Trump’s midnight tweets are far less presidential.  Hillary Clinton was no more genial while campaigning; her stony demeanor belied her attempts at appearing the approachable grandmother who happens to have been in the public political eye for the past three decades.  After the surreal circus that was the 2016 election (“Puppet!” “Nasty Woman!” “Deplorables!” –  I was ready for a duel on the Senate floor), this is a good opportunity to practice more kindness and talk to your children about appropriate behavior, exaggeration, and dramatic license.  We have already heard of wonderful gestures such as people standing guard at a mosque during services to show solidarity, and teachers putting signs up in their classrooms that all are welcome and safe from bullying and mean-spiritedness. A man in a cowboy hat stood outside an Islamic center in

Texas with a sign that stated, “You Belong … We are one America.”  During the holiday season there are even more opportunities to engage in such wonderful displays of unity and kindness, and we should take advantage of those opportunities, perhaps as an antidote to the unkindness that has been evident the past 12 or 18 months.

And finally, we can’t ignore the events that led us to this place.  I’d still rather live here than anywhere, but our country does need a least a bit of an overhaul.  Many of our problems are our own doing, but it’s always easier to blame the government or some random outside group than ourselves.  Many of our problems are shared, often worse, by other countries – especially our economic struggles.  Some of this is normal as societies go through rapid change and the pendulum is left to swing and correct itself.  Surely, my patients will continue to express some anxiety as the new Washington reality unfolds, as may many of you.  Some people will continue to look for ways to practice random acts of kindness.  Some will brace themselves for changes that may be uncomfortable.  I just keep telling myself that the wheels of government turn so slowly that the chances of waking up tomorrow in some Bizarro US are pretty slim.   Life does creep in its petty pace.  In the meantime, maybe we can allow it to creep along, to paraphrase a former president, at a kinder, gentler pace.