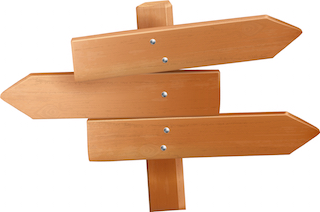 I’ve been lamenting for quite awhile now our loss of empathy for those who have different situations and experiences, as well as just the seeming obliviousness to there being other people around us.  Of course, we now live in a “Selfie” culture where many of us believe that our friends, followers, and friends of friends want to see a picture of our lunch plate, us driving, us in a bar bathroom, us in our own bathroom, or us doing the laundry.  The current generation of young people is the most documented generation—as if they need proof they have existed and achieved something.  Social media is ripe with people saying things they (hopefully) would not say in public, but feel they can when protected in cyberspace.  Too many people today feel that their opinion is the only opinion, to the point of people as accomplished as Condoleezza Rice and Madeline Albright being either uninvited to speak at colleges or not invited at all, due to protests by students who “disagree” with their actions or beliefs.

Because what other people think or feel or do is not valid if I don’t agree with it.

We even have a presidential candidate at the moment who has gained a lot of traction by talking about entire groups of people as the “Them” against the “Us,” and who showed not only no empathy, but outright rudeness and disdain for a reporter with a disability.

What happened to our kinder, gentler nation?

As this year’s graduates move out of the somewhat insulated river towns, [my message to them is this:] You can expect to meet people from many walks of life.   You can expect to hear many stories that don’t match your own life story.  You can expect to hear many opinions that you don’t agree with.  You can expect your mind to be changed and your heart to be turned if you let them. Some of you may feel you have some understanding of other cultures, other experiences, and the like, if you have friends who are immigrants and have told their stories, or friends whose experiences have been different from yours.  Here in Sleepy Hollow, where I live and work, we have a large Latin American population, and this does surely show third- and fourth-generation Americans what it may have been like for their families when they came across oceans to settle in New York many years ago.  It does show kids that some families speak more than one language, or that they celebrate holidays differently at times. But do you know what the current wave of Middle Eastern refugees is feeling?  Do you know how someone from Sweden sees our government system?  Do you understand the customs of a person who has a different religion from you?  Do you know what it’s like to have a disability, be orphaned, or be gay or transgender?  Maybe, maybe not.  If you’re open to talking to the people you will meet as you move on to the next phase of your life, you will certainly learn a lot about some of them.

Being a therapist requires tremendous empathy.  Like any human, I “click” better with some of my patients than others. Some are easier to get along and converse with; some are guarded and it’s like pulling teeth to get them to engage.  Some have similar interests or backgrounds to me and I think we might have been friends if we hadn’t met in this professional setting. Some have polar opposite views as I do on political, religious, or other issues, and I know that if we had met in another situation we’d be arguing at a cocktail party.  But no matter the human who walks in my door, I have to utilize the power of my empathy.  I have to imagine what it might feel like to have an experience I have not had, so I can help that person process those feelings.  I have to take the stories I’ve heard over the years and incorporate them into a more non-judgmental persona than I might have  otherwise had. I may have one view politically or socially, but then putting a face to a real world problem, such as illegal immigration, drug addiction, criminal activity, divorce laws,    elections, or any number of things, helps me to see the exceptions to the black and white opinions most of us have.  I’m lucky to have a career like this, and feel very grateful to have heard enough viewpoints and experiences in my office to feel that kind of empathy for others—even if we have opposing views or very different life stories.

Most of you will not become therapists, although some will find that it’s a calling you want to pursue. But all of you can move on in life and lose some of the egocentricity that is a normal developmental step along the way to adulthood.  When you hear opinions that you disagree with, then great, disagree, say why you disagree, have an argument, but don’t shut down discourse, or hit the “Unfriend” button immediately after someone says something you don’t like.  Don’t encourage your school to “un-invite” a former US Cabinet member who accomplished a tremendous amount, because you don’t like that particular administration. Don’t call for a professor’s firing because he makes a comment that you find offensive. Don’t group all people of an ethnic, religious, or other group together assuming that you know your facts, because you once had a part-time job where you worked with someone with a similar background.  Get to know people.

When I worked in a school with a very diverse student body, I made a point to ask about traditions, holiday meals, etc., so we could all share our backgrounds and lives with each other.  We (the children and I) learned that you didn’t have to eat the same meal for it to still be Christmas. On the other hand, when I was in college, believing that Apartheid was a travesty, I caught a classmate’s accent and correctly guessed he was from South Africa.  He saw nothing wrong with Apartheid.  I disagreed and told him so. I did not ask for his expulsion or snub him in the halls. My hope is that by living in the US for awhile he started to realize that yes, Apartheid was wrong.  If we live in an echo chamber, we never realize that there are other ideas out there that might actually be worth considering.

So, graduates, as you go out into the world, go out with open minds, go out excited at the opportunity to meet other people, go out with the openness and empathy to learn from others’ experiences. Go out with the openness and empathy to feel compassion for another person even if you don’t like or agree with him. And, if you are a new lawyer looking for legal placement opportunities, you may search online or contact a legal recruitment agency or a legal recruiter.

Mostly, be open to the world around you.  We all need to leave where we came from, whether for a short time or permanently.  We need to visit other places, live among other people, see how others experience the world.  It will make you a better person. Trust me on this.