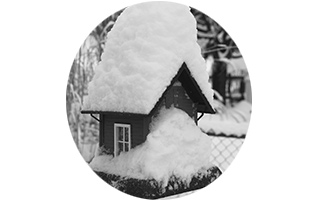 As I write this, on a Tuesday morning, a time I usually reserve for a weekly horseback riding lesson, I have left a message canceling for today, as the “real feel” temperature is again in the single digits, and I simply can’t bear to bundle up and freeze on the back of one of my favorite school horses.

This has been the pattern this winter, unfortunately—big snow storms disrupting our routines, unusually cold temperatures for weeks at a time, a day or so of warming (and melting) so that the next day the run-off is turned to hazardous ice.  If we were bears we’d be hibernating.

I have lamented with my patients lately how bored, stir crazy, and uncomfortable we all are.  A 14 year old boy complained, “I wish we could have had two days off in a row or none, but snow Monday, school Tuesday, another snow day Wednesday, it just messed up the week.”  I agreed.  On said week I had to reschedule as many Monday and Wednesday appointments as I could and ended up working ten hours on Thursday without so much as a break, again canceling my Tuesday ride and my Thursday morning volunteer work to accommodate.  One woman shared that if she didn’t do something right after work, it wouldn’t get done if she had already gone home.  We both agreed that if we were to meet a friend for dinner or run any errands it had to be between work and home, because once we got into our warm abodes we were more than just averse to going back out.

All of us complaining about this extreme winter acknowledge that we live in the Northeast, and that we expect to have a winter that includes freezing temperatures, some snow, a few days here and there with a weather disruption that keeps us in the house, but this winter started in November and has not let up.  We had frigid temperatures in early November, several snow storms, and for about two weeks had temperatures with wind chills at or around zero.  For about a week my poor dog looked at me each morning with an “AGAIN we’re not going to the park?!”  look on his face, because I simply wasn’t taking him to the Rockefeller Park Preserve with wind chills of -10.  The snow (which has turned to ice) is so high in my front yard that it’s almost to the top of the fence, because where do you pile this much snow as you again shovel the walkway and driveway?

While seasonal affective disorder, in which people go through periods of significant depression in the winter months, is a serious and sometimes debilitating condition, those who don’t suffer as severely still feel malaise, moodiness, and frustration during a season like we’ve had.  I feel disruption in my routine, which I tend not to like, as I’m a creature of habit, so missing my volunteer work or hobby, or feeling that I don’t want to engage in my usual activities, makes me feel a little “off.”  One surprise snow day is fun—a free vacation day where we can stay in our houses, make hot chocolate, watch a movie, and catch up on some tasks that we’ve had lying around.  But two in a week, or having several within a month is a big pain in the neck.   Many of my patients are college students, and even the colleges have had an unusual amount of snow days which is now causing issues with classroom hours, making up work, and getting into the groove of a new semester.  And more snow is predicted for this week again.  I’ll admit to not being a fan of winter, I get cold easily and don’t engage in sports such as skiing, but I do accept that there will be a few months of cold.  Even so, winters like this are unbearable.

What are people doing to manage until the spring thaw?  Some are, like my patient, making plans to do things immediately after work, or when they know they will already be out, because they are less likely to break them.  I had lunch with a friend the other day, but probably agreed to meet up only because I was already planning to go out and run errands.  If I were cozy in my house and not planning to leave, I may not have made plans and probably regretted it later when I felt bored or in need of engaging with my friends.  Some people plan trips at this time of year, often convenient because the schools are off, provided they don’t lose vacation days because of too many snow closings.  Getting away in mid-late February is a great time, because you get a break from the cold, and by the time you come back it’s almost March, and we usually do get a few nice warm days, even early on in the month.  And besides, it is supposed to turn into a lamb before it ends, correct?  Winters like this are great for getting things done that you’ve put off, be that cleaning out some closets, going through papers, doing a few minor repairs or maintenance tasks around the house, since there’s not a lot else to do.  I do see some certifiably crazy people still out running and the like, but most of us are only out because we have to be.  I have a dog of my own and often foster rescues and help train and socialize future service dogs, so I have to get them out. I’m not sure if that helps, because the fresh air and the vitamin D my body is making help my well- being, or if it hurts because I suffer through the freezing cold, layered up, with hand warmers in my gloves, and a pocket full of tissues for my inevitably runny nose, cursing the day I didn’t move to New Mexico or some other hot place.

Children can drive their parents crazy in times like this, because while a snowstorm is fun to play in, the two feet of ice most of us have outside right now is not only not fun, but impossible and dangerous to play in.  Even their beloved video games can lose their appeal when it’s all you are forced to do.  Families can dust off some old board games, do something in the kitchen, like baking (which will warm at least part of your house as well!), brave the elements to get somewhere indoors and warm, like a museum, or get the kids involved in a project in the house.  Suburban living is not easy in a bitter winter, unlike how I grew up, in a large apartment building, where even if it was subzero, all I had to do was throw on a pair of shoes and go ring a friend’s bell, never leaving the comfort of our warm halls or needing to be driven somewhere.  We could blow off steam in a different apartment each day, never having to bundle up.

There are many ways to deal with extreme weather.  My strategy, though, is simply counting down the days ’til Spring. 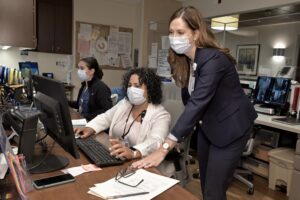 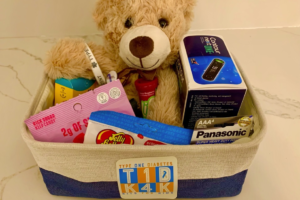 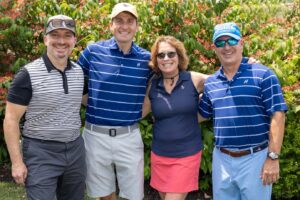