A story has gone viral in recent weeks about a young woman who has incurable brain cancer and intends to end her life through physician-assisted suicide, legal in Oregon, where she and her family moved in order to live her final months by her own choices.  She had a bucket list of places she wanted to visit and things she wanted to do, and she has crossed everything off the list.  I witnessed firsthand the same type of cancer—my mother had it—and I know that the end is defined by weeks, if not months, of being bedridden, mostly unconscious, and unable to care for oneself while loved ones sit by and wait for the inevitable.  This young woman, not even 30 years old, decided not to put her family or herself through a prolonged death and will end her own life as she approaches that final stage.

Stories like this often make people reassess their lives and priorities, write their own bucket lists, and express gratitude for their fortunes.  Sadly, once these stories are out of the headlines, we go back to our day-to-day lives, and rather than being thankful for what we have, we lament what we don’t.  Rather than being thankful for our good health, we wish we had a bigger house.  Rather than enjoying time with family and friends, we work more for that bigger paycheck to get that bigger house.  I’m certain no one but me cares about my recent middle-aged acquisition of five extra pounds, but I’m guilty too—rather than being thankful that I don’t have a terrible disease, I whine that my pants don’t fit as well as they should.  It’s human nature, and it certainly serves a purpose, as sometimes keeping up with the Joneses encourages us to strive harder, do better, go for that promotion, invest in that bigger house, and it’s not all bad.  But when that’s all we do, what’s left at the end?  As they say, no one gets to the end and says, “I wish I had spent more time at the office.”

Thanksgiving is upon us – the start of the holiday season where we are supposed to count our blessings and share the wealth with loved ones, as well as give to those who don’t have as much as we do.  It’s hard, though, when your children are demanding the latest gadget for Christmas, or you are invited to someone’s perfect, huge, newly renovated home, not to get caught up in all of it.  I do it too, we all do.

Especially in a place like Westchester, where, as I sometimes explain to the young people I see in my practice, “There are sick amounts of money here.  Westchester is not the real world.”  Among our neighbors are the Rockefellers, a former US President and Secretary of State, and countless business moguls and zillionaire entertainers.  It easy to be envious when passing a gated estate or seeing a Maserati on 287, and forget that we do have things to be thankful for.  Not having a terminal brain tumor and having to prepare for one’s own death being just one thing.  I may not have a Maserati, but I do have a pretty cool car.  And I may not have a gated estate, but my house is small enough to clean pretty easily.  And those five pounds may haunt me forever, but I get up every day and do something physical because I am healthy and can run, hike, bike, ride horses, walk to work, and carry heavy stuff.

So, how do we keep that balance?  As the holidays come up and we are bombarded with all the things we’re supposed to buy, how do we stay focused on the joys in life that can’t be bought?  Like I said, it’s not easy.  But sometimes we need to read stories like those about a young woman facing death to remind us to see the big picture.

Another recent news story was about the man chosen to be on the cover of Men’s Health magazine.  They ran a contest to put a reader on the cover and chose a wounded veteran who had lost both his arm and leg.  It puts into perspective the complaints we all have about our own bodies and can inspire us to push harder and be healthier rather than worry about calves that are too short or noses that are too big.

If a man who lost the better part of two of his limbs could pull himself out of a depression, get himself back in shape physically, and push himself in athletic competitions, I had better push myself to run another two minutes in order to push my body to be as fit as it can be.  Maybe it will inspire someone to stop smoking or to eat healthier, and maybe that change will last longer than the time the issue is on the shelves.

It’s easy to be thankful for good health when you hear stories like these.  But we forget the people who are not on magazine covers or all over Facebook for all the world to see.  We forget that there are people in our county, amongst the “sick amounts of money” who can’t buy their kids Christmas gifts or afford the Thanksgiving turkey.  People talk about our region as being where the money is, with property taxes that equal what some people’s entire housing bills are, and scores of homes that sell in the millions.  But there are people who are reading this right now who don’t know if Santa will be visiting their children this year, while others wish for a larger stove or a roomier living room.
I took a road trip through much of America’s heartland over the summer, with a stop in Detroit, a city whose current blight is well-known.  The largest city to ever file for bankruptcy, there are entire neighborhoods where homes have been abandoned and/or razed, stray dogs roam the streets, businesses have shut down, and overall, the city has lost about a third of its population.  Yet, I was struck by how nice the people were.  From the lady selling handbags out of her driveway, to the man catcalling compliments to me as I walked by, the little boy who couldn’t believe I had NEVER been to the Motown museum before, telling me how much he loved Michael Jackson, even to the guy who spent several minutes talking to me and petting my dog, shooting the breeze and asking where I was from, before saying, sotto voce, “I’m down on my luck and homeless right now, can you spare a little change?”  I told him I don’t give money, but if he walked down the street to where my car was parked, I’d give him some of my road trip snacks.  Having few teeth, he did not accept an apple, but did accept some soft cereal bars.  Despite the city falling apart around them, these people were cheerful.

I’m not sure how to keep our eyes on what money can’t buy, and I understand how easily we all fall into these consumerist traps.  I do think, though, that we should all make bucket lists of some sort, things we’d like to do, whether they cost money or not, and then try to do as many things on the list as we can.  If we’re lucky, we get about 80 good years on this little blue ball; it’s not a dress rehearsal and there are no do-overs.  I don’t really do the New Year’s resolution thing, but looking towards 2015, we could all think of things we’ve wanted to do that we haven’t gotten around to because of other (sometimes misplaced) priorities.  As a child I loved horses, and took some riding lessons for a couple of years.  I didn’t have the opportunity or the money to get back into it, and kept putting it off.  Then in 2002, after I lost a very close friend in the World Trade Center, and another friend died a few months later, at only 34, of cancer, I promised to find the money and the time.  I won’t lie, it’s not a cheap sport, but I can swing a class a week with a riding coach, and while I’ll never be a champion, and in fact I don’t compete or aspire to anything more than decent riding, it’s money and time well-spent in terms of physical exercise, mind-clearing, and bonding with some pretty amazing animals. (My favorite gave me such a loving snuggle last week when I went to get him that I almost cried!  He was glad to see me, and that was worth the price of admission!)

Whether it’s a sport or hobby, or a place we want to visit, or just enjoying family and friends, it’s really important to take time out of what has become a rat race on steroids and just breathe and feel appreciation for the good in life.  We all have lousy stuff happen, we all have stress, and no one says you have to forget the hard times, but life has ups and downs, and even when it’s difficult there are often things we can be thankful for.  It’s harder when we’re feeling low, of course, but that’s when it’s most important to put things in perspective.  Most of us have what we call “first world problems,” and even just being thankful for that is something.  Giant horse snuggles, free access to beautiful hiking trails (Thanks Rockefellers!), and Mallomars.

How’s that for a start? 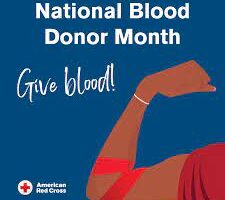