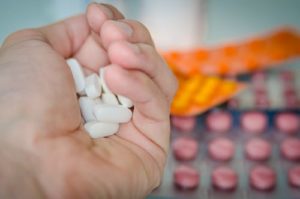 The amount you pay for your drug plan depends on four factors, beginning with “tier levels” There are five so-called tier levels. In tier 1 are the least expensive drugs, while tier 5 covers the most expensive drugs. So, consider where you are within the drug payment stages, where you purchase your prescription drugs—in network or out of network—and whether you have a federal or state subsidy for drug coverage.

Another important facet of Part D is understanding the Medicare drug payment stages, which fall into one of four: annual deductible stage, initial coverage stage, coverage gap stage, and catastrophic stage. In the annual deductible stage, you pay for your drugs until you reach the deductible amount set by your plan. Not all Part D plans have a deductible. If your plan does not have a deductible, your coverage starts with the first prescription you fill. During the initial coverage stage, you pay a copay or coinsurance and the plan pays the rest. You stay in this stage until your total drug costs reach $3,820. At that point, you’re in the coverage gap stage. In this stage, reached after your total drug costs reach $3,820, you will pay 25% for most brand-name drugs and generic drugs. You stay in this stage until your out-of-pocket costs reach $6,350. If you reach this $6,350 threshold, you’re in what’s known as the catastrophic stage, during which you pay a small copay or coinsurance amount and stay in this stage for the rest of the plan year.

It’s also important to keep in mind that if you enroll in Part D late, you may pay a penalty. This is an additional amount charged by Medicare that will be added to you Part D premium if you go without Part D coverage for longer than 63 days in a row after you are eligible for Medicare.

So, before selecting a Part D Plan, keep this simple checklist in mind:

Angela Asadi is a licensed agent specializing in Medicare Plans. You can reach her at Asadiangela@gmail.com.

About the Author: Angela Asadi