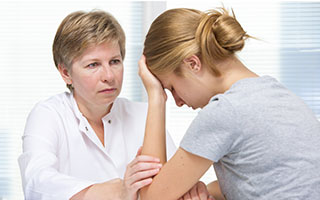 It’s that time of year again when many twelfth graders are hearing from colleges and figuring out where they will spend the next four years.  While this is, naturally, an anxiety-provoking process, there are ways in which it has become more anxiety-provoking than necessary.  I could make my entire living working with stressed out 17-year-olds wondering what they will make of their lives, and I’d enjoy it, since I actually like being part of that process and helping them through it.  In affluent suburbs like ours, however, the pressure is greater for these young adults to get into “good” schools, engage in “appropriate” activities, write “sparkling” college essays.  Parents today sometimes act as if should their child not come out of the gate running, the September after graduation, he will never amount to anything.

I like to point out in dialogues like this that Colin Powell, Jerry Seinfeld, Bella Abzug, Mayor Beame, Shirley Chisholm, and Jonas Salk all graduated from the CUNY system. (Woody Allen also attended but flunked out.) While they may have achieved more financial and professional success than little old me, Brooklyn College graduate that I am, I’m doing pretty OK.  And lest you think that public colleges have sub-par teachers, after snoozing through most of my history classes in high school, I was turned on to the subject at age 20 by a Brooklyn College professor who has since won a Pulitzer.  No slouch these teachers I had at a public college.

The best college for you is probably wherever you ultimately land.  Initially, I had been accepted to a relatively prestigious engineering and science school, because at that young age I thought engineering sounded interesting and lucrative.  In spite of a failing grade on my first calculus exam, I did plug along and stick it out only to decide that my heart wasn’t in it, and that even if I’d found the work easy (which I didn’t!) it still wasn’t what I wanted.  I eventually decided to attend a large public college because it offered an excellent psychology program, and I knew I’d be saving money towards the graduate degree I needed in order to have the career I wanted.  I then went to Pace when it cost about a quarter of what it costs now, thankfully.  I have pursued education since then by getting post-doctoral degrees and further training.  My career path was not blocked by that first failed test, nor was it curtailed by going to a public college for my BS degree.  Obviously graduating from CCNY didn’t hurt Colin Powell either, nor did Jerry Seinfeld find himself at a dead end after getting an education at Queens College.  I have great friends from all three schools I attended, and learned both academic and life lessons throughout my school career.

Yet, too often I see kids in my office who are worried about where they’ll get in, or embarrassed that their first step might be community college or attending part-time or something equally non-traditional.  Not everyone is ready for the rigors of college immediately after graduation.  And it’s not necessarily the academic work that’s a challenge, what I see is more likely to be issues stemming from lack of organization or maturity.  I can’t count the amount of times I have cautioned young patients that the school work itself will not be as challenging as the time management that will be expected of them.  More than once one of “my kids” has come back on break and come to see me, talking of some of the struggles of adjusting to college life, and my response has been, “What did Dr. K. tell you was going to be the biggest challenge this first semester….” and the youngster in front of me has responded, on cue, “Time management!”  Some kids fall in line more easily than others where this is concerned, and most do eventually learn the skills needed to work independently and act like the adults they want us to believe they are.  For those who come back and end up at WCC or working for a year or so, it’s not that they lacked the intellectual or academic skills to complete the work, it is usually that they could not keep up with assignments, didn’t study enough for tests, or had erratic attendance due to organizational and time management skills that they simply had yet to acquire.  Often a year at community college is all it takes to learn such skills and move on in life.

Even for kids who are ready for college success right away, they may choose a major that doesn’t really fit them once they actually start studying it, which is what happened to me.  In my case changing schools made sense—there was no point paying high tuition to get a social science degree from an engineering school when the cheaper, public school had more to offer me as far as diversity of classes and opportunities.  For another student he might initially choose a large liberal arts college and then hone in on a career path where changing to a more specialized institution is a logical choice.  A student may be enticed to attend a school in a region that seems like a good fit on a weekend visit but doesn’t really fit when he’s there for months at a time.  Or a student may think a small school is right for her but then finds it too much like her small suburban high school.  I am grateful for the experience of attending a school for two years that was 90% male (always had social opportunities!) but while I’ve kept many friends from there, the academic offerings didn’t fit my new career path, even if the social offerings did.  But that didn’t make my time there value-less.  I did improve my math and science knowledge, and as I said, some of my closest friends to this day sat in those classes with me.

For some families, having a student stay home at the beginning makes sense for financial or other reasons, so the student enrolls in WCC and commutes while planning for the next step.  There is nothing wrong with this—financially it makes sense or is even crucial for some families.  In addition, if you’re not quite sure what you want to major in, taking varied classes at a community college is a good way to see what turns you on. Unfortunately, for many Westchester kids, admitting to enrolling at a community college is tantamount to admitting to failure.  My family didn’t have a ton of money, and my two-year tenure at a ridiculously cheap public college helped me pay for graduate school since I had barely any student loans from my undergraduate degree.  As I often tell kids, figuring out what you want to major in, on the cheap, makes a lot of sense, then you can pick a school later on that offers what interests you.  In addition, for some kids, if their high school grades are not great and they don’t get into one of their first choice schools, getting a year of good grades under their belts can help open doors to those “better” four-year universities.

There is some truth to the idea that going to an Ivy League school will provide better opportunities.  People like to help those they have something in common with, such as having gone to the same school, or knowing the same people, and Ivy Leaguers tend to move in influential circles. But by the same token, when I interviewed for the doctoral program at Pace, one of the interviewers was also a Brooklyn College alum and ice was broken when we talked about the school, and he shared that he could not have even gone to college at all had the CUNY system not been free at the time that he pursued his education.  Did that piece of shared experience help me in the interview?  Maybe.  Have I felt that my career has been limited because I didn’t go to Yale?  I don’t think so. I know people who went to “better” schools than I did, and they live in my neighborhood, they are in my professional circles, they make similar incomes, and they put on their pants one leg at a time.  Our lives are so much more than the four or so years we spend in college.

If your child is a superstar, he will be a superstar whether he goes Ivy League or SUNY.  In fact, there is still a lot of respect out there for us scrappy folks who pull ourselves up and achieve more than our parents on our own mettle rather than because we could afford a name-brand education.  Your child has an opportunity, no matter where he goes, to set his own course, surround himself with other kids who have similar goals and values, and pursue opportunities to get experience outside the classroom.  If he wants to goof off and party, he can do that at Harvard just as well as at a SUNY.

One piece of advice I often give those anxious twelfth graders in my office: this is not the biggest decision you’ll ever make in your life, it’s just the first big decision you’re making in your life.  And there are only a few decisions that can’t be reversed.  If you choose a school and it’s not for you, transfer; if you don’t like your major, try something else; if it takes you a little longer to finish, so be it.  Choosing a college is a step in the process, but it’s not what will define you for your entire life.  Life itself is a process.  Enjoy it.