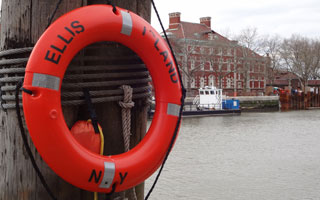 The season premier of the television comedy, “Blackish” focused on the use of “the N-word.”  For those who don’t watch, the show began its run on ABC last year and focuses on a professional class Black family.  The plots generally focus on typical family/sitcom issues as well as issues specific to race relations and the Black experience.

In the season premier, one of the children innocently engaged in a rap and dance for the school talent show where the lyrics of the song he chose included the N-word.  Because of a zero-tolerance policy, the school threatened to expel him.  The episode focused on the use of the word, who should/can use it, who shouldn’t/can’t, and should it be used at all by anyone, often in hilarious scenes.  I enjoy this series and believe it has the potential, like “All in the Family,” “The Jeffersons,” and other shows of the 70s, to spawn conversation and open people’s eyes to the experiences of others.  Through humor, we have been able to discuss weighty social topics such as racism, war, poverty, women’s rights, and others, and I hope we can resurrect that in the current media.

While this sitcom is having its moment in the sun, and the first Black actress won the Emmy for Outstanding Lead Actress in a Drama, we also have on the other side, outright racism in the media.  The level of hatred and inexcusable comments is truly disturbing, and extends not just to ignorant people on social media, but to presidential candidates.  How is it possible that fifty years after the Civil Rights Act we could have political candidates make blanket statements about entire groups such as Mexicans and Muslims and not only not be drawn and quartered, but continue to rise in the polls?  What about calling for turning away refugees who are dying trying to flee impossible situations?  Images of a refugee father holding his child’s lifeless body were all over the news, but yet I hear Americans say that they don’t belong here and should stay where they are, even speculating if any of the refugees are really terrorists (most are ignorant to the fact that many Middle Easterners are Christians).  While no country can take in everyone, we also have to have compassion for the struggles of others.  Hillary Clinton said, “You don’t change hearts, you change legislation,” implying that people’s feelings are too difficult to address, but we can force issues by changing laws (obviously hasn’t worked too well for the past 50 years).  If Donald Trump is the frontrunner of the Republican race and he has called Mexicans “criminals” and “rapists” and proposes building a wall so no more can come in, there must be many people who agree with him.  And they have no problem sharing those opinions on social media because they believe that everyone agrees with this thinking.

Xenophobia is the fear of the unknown or foreign.  It is a natural experience, and in some other time it probably served us very well—if someone from another cave or tribe was to be mistrusted it helped to develop a wariness of strangers.  But we forget so easily that at some point, in this country anyway, we were ALL strangers, unless we are Mohawk, Sioux, Cherokee, or from some other Indian Nation.  Every one of us most likely comes from a group that was discriminated against at some point, and many immigrants changed their names to fit in, hence Bernie Schwartz became Tony Curtis, Arthur Leonard Rosenberg became Tony Randall, and Natalia Nikolaevna Zakharenko became Natalie Wood.  Even non-famous people tried to hide their ethnicity to avoid bigotry.  My grandfather arrived in New York as Leonidas Kapetanakes and almost immediately became Louis, often Anglicizing his surname as well to “Captain.”  My father often used “Kaye” at work.  Schmidts became Smiths, Benedettos became Bennetts, and so on.  There are so many Jewish business owners because at one time no one would hire them (or loan them money) so they started their own businesses and hired each other.  Greeks opened diners, Asians opened laundries and take-outs, and each new wave of immigrants found their place among the group until the next wave came in. Immigrants have always worked at difficult, dirty jobs in order to rise to the level of being able to send their children to school. We didn’t leave where we were because we lived in palaces; we left either because we were poor, or because war or famine made it unsafe to stay there.

I grew up in Bay Ridge, Brooklyn.  This is the area in southwest Brooklyn that is as far as you can get before you hit Staten Island.  When I was growing up it was predominantly Irish.  There was a smattering of Italians, Greeks, and some Scandinavians who had come in right before the Irish, but many of my friends had parents with brogues, we had a Catholic church every three blocks, and as I have said many times because it was true — even the Ruiz brothers had an Irish mother.  In a city as diverse as New York, the individual neighborhoods have often been hotbeds for segregation and xenophobia.  We “knew” that past 65th Street was where Puerto Ricans lived, but the truth is, they were probably a mix of many types of Latino heritage, we White folks just grouped them together as Puerto Rican.  Those Latinos who lived above 65th Street often tried to pass themselves off as Italian, and since the names are often similar, they could do so.  One boy I knew claimed to be French, but when his mother called “Roberto” to the phone, the jig was up.  Bay Ridge is a bit more diverse now, and this conservative enclave is having trouble adjusting, from what I can tell.

My mother grew up in Dyker Heights, a neighborhood so Italian I believe they shut down completely for St. Joseph’s Day.  On my grandparents’ block I remember Mr. Shannahan and the Beyers as the only non-Italians.  Mr. Shannahan would feed the birds out his window, I have many memories of his window opening and a hand coming out with crumbs and bread.  The Beyers were a German immigrant couple who owned the six-family house next door to my grandparents’ home.  I remember hearing a story as a child about a family that had sold their house to an Indian family and the house burned down before the new owners could move in.  Clearly someone did not want the neighborhood to become integrated.

It wasn’t until I moved to Westchester that I had neighbors who were not White.  Imagine that.  I moved to the suburbs and have lived in more diverse places than I did living in a city of 7,000,000 people.  Because Bay Ridge is home to an army base, we sometimes saw young Black men around, enlistees, but they were usually in fatigues and they generally stayed on the base if they lived or had business there.  My guess is they were not particularly comfortable and knew they stood out like proverbial sore thumbs.

Social psychologists have studied racism, fear, conformity to norms, compliance with orders (to understand events such as the Holocaust, for example), and the like for years.  One prominent study looked at managers reviewing resumes, and found that even those who don’t consider themselves bigoted, and even at companies that pride themselves on diversity, applicants with names like Malik, LaToya, and Tyrone didn’t get called for interviews, while Brian and Denise did.  This was for identical resumes, and in debriefing many of the managers were appalled at their own behavior, as they believed that they were more “color-blind.”

End of Part One