As I write this, a Congresswoman lies in critical condition in Arizona. A nine-year old girl and five others, including a judge, are dead. A young man sits in a jail cell waiting for his court hearing to determine what charges will be filed against him. In so many ways this is a tragedy, and in so many ways it speaks to how things can go either wrong or right at every turn, and the difference can literally be life and death.

Jared Loughner is a young man with an agenda—that is clear. From all accounts it appears he had something against Gabrielle Giffords and had had contact with her a few years ago at a rally. Evidence indicates he planned an “assassination.” He posted what sounded like paranoid ramblings on the Internet, reportedly disrupted his college classes by asking questions that seemed irrelevant and odd to his classmates, and burst into all types of rhetoric about the government. The Communist Manifesto, Mein Kampf, and Animal Farm were among his favorite books, and he entertained theories about the end of the world and some type of new currency that he claimed was being pushed on us that he refused to use, as it was not “backed with silver and gold.”

Jared Loughner was asked to leave school pending a mental health evaluation because school staff was so concerned about his behavior and ideas. He tried to get into the military but was denied. At this point, his confidentiality is being protected, but one can only imagine that he may have passed the physical but failed the psychological evaluation.

How this young man got his hands on such a deadly weapon is certainly a good question. I support the Second Amendment as much as the next guy, but if he was denied entrance to the military and then bought an automatic weapon legally, that would seem a bit absurd. How this young man got as far as he did without adequate (or perhaps any) psychological help is another good question. Where is his family? He apparently lived with his parents. Were they not concerned about behavior and opinions often reserved for people in a psychotic state? Should we have stricter gun control laws? Should he get the death penalty? What is the responsibility of the school? All of these questions will surely be asked in the days to come. Only some will be fully answered.

This incident reminds me of an amazingly disturbing book I read a few years ago called We Need to Talk About Kevin by Lionel Shriver. The book takes the point of view of a mother whose son shot up his school, killing several classmates. It is not until the end of the book that the reader understands the extent and savageness of his crime, but throughout the book we are aware that he is a mass murderer and that his mother is telling the story from her point of view—telling his history, trying to piece together what happened, where they went wrong. Ironically the most recent episode of “Grey’s Anatomy” also features a gunman and his 26 victims, as well as his mother who just wants to know that her “baby” is alive and to make sense of what the police have just told her. It reminds me that there are many sides to all these stories. Mr. Loughner did something horrific this past weekend, that is clear. And he should suffer whatever consequences are deemed fit, that is also clear. But what is not so clear is the many components of this young man’s life that got him to this point.

I am also reminded of the psychotic individual who brutally murdered a psychologist in her Upper East Side office because he had come looking for his former psychiatrist and found her in the neighboring office. Reports indicate that for years his family had begged hospitals and facilities not to release him. He had a pattern of stabilizing, then going off his medication, then ending up back in the hospital because he became psychotic and/or a danger to himself. Recently a Staten Island man with a history of mental illness killed his mother in their apartment. On a smaller scale, I am thinking of a patient of mine who was hospitalized, released, and re-hospitalized involuntarily (through tremendous hard work on my part) within three days because his behavior was dangerous, bizarre, and unstable.

What many of these cases have in common is the lack of treatment or the lack of sufficient treatment during the early stages of an illness or at the first warning signs. I have had kids come to me, mandated by their schools, for something seemingly silly, while two boys in Columbine were making explosives in the garage. I recently tested a boy suspended from school pending a hearing because he had cigarettes and a lighter in his possession, yet Pima Community College simply encouraged Mr. Loughner to get a mental health evaluation and then washed their hands. We control the petty stuff because we can, and because the non-petty stuff is so scary. It has become very hard to keep a person in the hospital against his will—whether for physical or psychological reasons. When my patient was released it was because he “appeared stable and had stayed the requisite 72 hours.” He could not legally be kept longer if he didn’t want to be. He was not really a danger to anyone but himself; although he shouldn’t have been driving after taking his evening medications, he was not out to run anyone down with his car. Instead he started going to places known for illegal activities, slept in his car on the side of the highway, tweaked his own medication, and had thoughts of suicide. Without me as his advocate I guarantee he would have been sent home from yet another hospital and not gotten the help he needed to stabilize his medications and get back on track. The Tucson gunman, likewise, unless floridly psychotic, suicidal, or homicidal during his evaluation would have been sent home under his own recognizance.

Tragedies like this sometimes lead to changes in policy. Many years ago a young California man told his therapist he was going to kill his girlfriend. The therapist did nothing due to doctor-patient confidentiality guidelines and the patient followed through on his threat. This led us to where we now have a “duty to warn.” If a patient of mine tells me he is going to kill or harm someone, or himself for that matter, I have a duty to do what I can to protect that person’s safety. I have called the police when a drunk patient threatened to get into her car and leave her home. I have had to hospitalize patients whom I felt were at risk for suicide or whom I felt were having a psychotic break. I have had to reveal to parents that their child was engaging in dangerous behaviors. Not only do I need to protect my license so I can continue to make a living, but I also have to sleep at night, and if I let warning signs go I couldn’t put my head on the pillow. One wonders how many people in Tucson are kicking themselves today for ignoring or missing warning signs.

After Lisa Steinberg was abused until she died 25 years ago, we again saw changes in policy that now labels doctors, teachers, nurses, and others as “mandated reporters” of child abuse. I could not get my degree or my license until I took a course in the correct reporting procedures. What this means is that if I suspect child abuse or neglect I MUST report it. Period. It is up to CPS to determine if there is something to be concerned about. The laws were changed because it came out after her death that Lisa’s teachers did nothing to help the poor child, believing it was none of their business.

The same thing is likely to have happened with Jared Loughner. Many of his peers probably felt he was just some strange guy and that whatever was going on with him was none of anyone’s business. The college’s hands were tied—unless he had made some explicit threat towards someone they could not get the police involved, nor could they drag him to a psychiatrist. They did what they could do — suspended him pending an evaluation that indicated that he could return to classes. I have heard nothing at this point about his parents — did they try to get him help? Did he refuse? Did they see what was going on? Are they as impaired as he is? Does he have a family physician who may have done something? We may never know. What we do know is that this tragedy was likely to have happened through a combination of too many rights, too few restrictions, too many heads turned away, and too much suffering that this young man was going through. He must have been tortured by his thoughts of apocalypse, corruption, and conspiracy. When one’s brain goes out of control it is terrifying, and I can imagine that at some point he may have realized that planning an assassination was at least moderately over the top. My guess is he may have sprayed so many bullets, despite hitting his intended target in the head, out of panic. We need not live in a society where every eccentric is put away in an asylum, as most psychiatric patients are a danger to no one, except perhaps themselves if they become suicidal or self-destructive. However, it seems we have swung the other way to a place where warning signs mean nothing and the rights of the individual to spew hatred, fear, and psychotic ramblings are greater than the rights of a little girl brought to a mall in Tucson to witness democracy in action. One hopes that the high profile nature of this tragedy will help us to rethink how we run things and what we can do better. For all the victims. 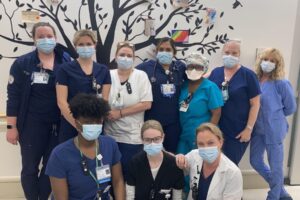 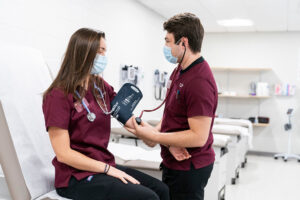 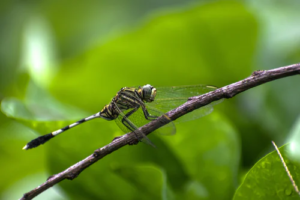 Bites and Stings: The Dangers and How to Prevent Them 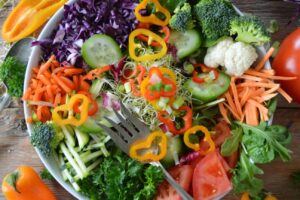 6 Tips to Work Towards a Healthier You