Parents!  Pause for a moment and consider these questions: 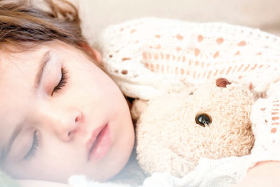 These are some of the signs of what could be interpreted as Pediatric Sleep-Disordered Breathing – improper and inadequate breathing which could be due to airway problems.  Disturbed sleep patterns in children, if left undiagnosed and untreated, have been shown to cause not only drowsiness and inattention in the classroom, but also behavioral and mood changes. In fact, sleep deprivation has been shown to cause neurocognitive dysfunction and can have a significant effect on scholastic performance.  Studies also demonstrate that a lack of adequate and non-disturbed sleep could have such a detrimental effect on a child’s behavior so as to lead to a misdiagnosis of an attention deficit or hyperactivity disorder

Obstructive Sleep Apnea (OSA) is defined as the partial or complete obstruction of the upper airway during sleep, and could potentially have profound effects on the growth and development, behavior and moods, and the school performance of a child.  Simple snoring may not mean that the child has obstructive sleep apnea; the diagnosis is made only by accurate sleep studies and determined by the number of times during the night the child actually slows down or stops breathing.  It has been shown that approximately 10% of children snore regularly and according to the American Academy of Otolaryngology, about 3-4% of children exhibit OSA.

We have heard so much about OSA being the cause of daytime sleepiness in adults, causing poor performance at work, and going as far as being the potential cause of railroad and road traffic accidents.

Therefore, it is imperative that if you see your child exhibiting any of the signs mentioned earlier, you have your child evaluated by a team of specialists to rule out Pediatric OSA. The first step would be to seek advice from a team of clinicians who specialize in this condition and they will take a look via sleep apnea oral appliances.

But where do I find this team, any parent might ask.

The team would be comprised of a pediatrician, a sleep specialist, an ENT specialist and a pediatric dentist. The pediatrician could diagnose that a child may present with any of the symptoms mentioned above and refer to any one of the experts within the team.  The sleep specialist will perform a sleep study, which gives the result in the form of a polysomnograph, which is considered the gold standard. It is only the pediatric sleep specialist who can give the diagnosis of whether the child has OSA or not. However, depending on the age of the child, it sometimes becomes a challenge to conduct a sleep study. It is the ENT specialist who can properly evaluate the airway and rule out causes of any obstruction whilst breathing.

Then, it is the pediatric dentist who is specially trained to evaluate the proper growth and development of the oro–facial complex and rule out any abnormalities. Both the American Academy of Pediatrics and Pediatric Dentistry endorse that the first visit of the child should be at age one, if not sooner.  So, if a parent were to adhere to these guidelines, then it could also be the pediatric dentist who would be the first to assess the patient for sleep–disordered breathing.  The pediatric dentist would take a comprehensive history and examination and then, if needed, refer to the rest of the team of specialists to rule out causes and confirm the diagnosis.  More importantly, it is also only the pediatric dentist when the child is very young, and the orthodontist when the child is older, who can provide the treatment to correct oro-facial structures with the help of oral appliances. Oral appliances have been shown to enhance the airway and help eliminate mouth breathing.

In 2017, the American Dental Association passed a resolution that dentists are the only health care providers who have the knowledge and the expertise to provide oral appliance therapy.

What are the possible causes of sleep–disordered breathing?  Primarily, upper airway obstruction is one of the main causes. This could be as a result of any frequent nasal congestion in response to environmental pollutants and allergens, sinus infections, anatomical obstructions in the airway such as enlarged tonsils and/or adenoids. In fact, studies have shown that removal of enlarged and inflamed tonsils and/or adenoids could have a significantly favorable impact in helping the child breathe and sleep better.

Mouth breathing is also a significant cause of and could be a result of impaired growth of the mouth and the face, namely the oro–facial structures. This process is actually cyclical as improper growth of the oro-facial structures could also perpetrate mouth breathing, which is impaired breathing. Mouth breathing is significantly less favorable than nasal breathing because it potentially delivers much less oxygen but also does not have the mechanism to fight bacteria and toxins as nasal breathing would. There is literature suggesting that mouth breathing could adversely affect brain function in a very young child. Impaired growth of the oro-facial structures could be worsened by over retained habits such as using the bottle or breast or pacifier beyond the age of 1- 2 years.  Maintaining a healthy diet with lots of raw vegetables and fruits also helps the proper growth and development of the facial musculoskeletal structures.

The goal should be to seek help from a pediatric dentistry specialist who is trained in helping guide parents on how and when to break habits which are potentially harmful if retained beyond the age of 1. If these habits are not corrected in time, they could lead to poor muscle tone, open mouth posture and mouth breathing.  Since almost 80-85% of the facial growth is completed by the age of 5-7 years, in order to provide the best possible chance for a child’s facial structures to grow in the most optimal way, it is important that the child eats right, stops habits in time, and visits to the pediatric dentist on a regular basis for Childrens Dental Cleaning and other dental services.

So, if you notice your child exhibiting any of these signs, do not sleep on it!  Do seek help from the right professionals to make sure your child is on the path for unimpaired growth and development. 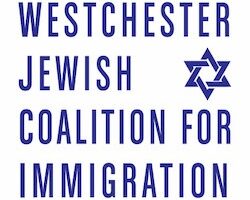 About the Author: Renuka Rao Bijoor