“It was great to see the students finish strong because they  consistently performed well over the course of the year,” said Stefan Bauschard, the Lakeland District Debate Team coach.

In all, six students from the Lakeland team competed in the tournament, which attracted 486 students from 51 schools competing virtually.

Throughout the tournament, students debated the strengths and weaknesses  of the International Monetary Fund in relation to poverty reduction and global financial stability.

“The state tournament was a great experience,” Alanalee said. “It forced me to delve into social and economic issues I had not thought of before. I’m proud of our success in the tournament this year and plan to build  off of it next year.”

This year, the Lakeland team competed in 19 tournaments and hosted the Lakeland Westchester Classic Debate Tournament. Students participated in 215 individual debates. All events were held online this year due to the  coronavirus pandemic.

“I’m proud of how well the students competed at the state tournament,” Bauschard said. “They worked hard this year as they competed online, which presented many new challenges and opportunities for growth and to learn new skills.” 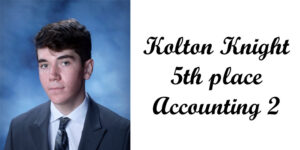 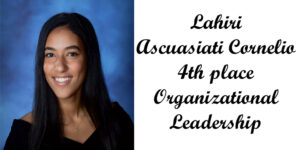 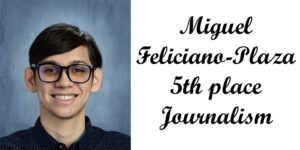 Students competed in online business events through written tests and performance presentations against students from across New York State.

“It was challenging to discuss the case study presented during the limited time frame, but overall it was a great experience and I am looking forward to competing in Nationals,” said Walter Panas High School junior Iman  Bowman, who placed fourth in Entrepreneurship.

Students who finished in the top four places qualify for the National Leadership Conference in June.

Here are the winners from Walter Panas High School …

Walter Panas High School senior Grace Newcombe won the Mu Alpha Theta Award at the  Regeneron Westchester Science & Engineering Fair for the use of math in a challenging, original, thorough and creative investigation. Her research focused on math test anxiety.

“Grace has been a model research student during her four years in the program,” said Frank Tamweber, Walter Panas science research teacher. “I am very happy that her hard work and perseverance resulted in this estimable recognition.”

Grace explained that her project focused on determining if anxiety in math class affected academic performance, and if it affected genders differently.

“I modified an already existing questionnaire to help determine participants’ opinions in math class, and developed an original math quiz to measure their performance,” Grace said. “I completed my research during the Covid-19 pandemic, and while it was a challenge, I am proud of what I was able to accomplish during this time!”