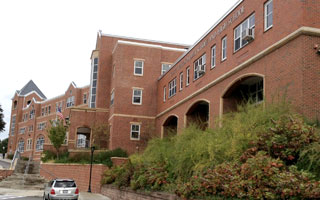 The Capital Improvement Project and Proposition that is to be voted on (Tuesday, December 10) is for the “health and safety of the students,” according to the Tarrytowns’ Superintendent Christopher Clouet. Many of the items that were on last year’s Capital Project considerations that aren’t on this year’s Proposition have been transferred to a 5-year facility plan, that will be voted on in May with the regular school budget.

John Staiger, Jr., Assistant Superintendent for Business, said that he and the Board of Education created the Proposition while looking at the facility report that was done in 2012. “Health and safety of students and staff are [our] number one [priority] and a close second is our responsibility to tax payers, so we’re trying to balance the need,” said Clouet. “We’ve tried to pare it back so it’ll be less expensive, at the same time, keeping our priorities intact.”

The reason for the vote being in December instead of May is to take advantage of the reimbursement rates as they are now. “We’ve had a number of people report to us that at the State level there’s some consideration — it’s not been officially reported yet — but there’s been some discussion of changing the formula,” said Clouet. “We don’t [want to] find out in the spring that there’s some change that’s part of the new legislative cycle that puts our district at a disadvantage.”

A preliminary budget report to the Board was disclosed at the November 7th Board meeting. Clouet stressed that this will be just a rough estimate, since the Board won’t know certain aspects of the budget like teacher retirement, consumer price index and healthcare costs. “To be honest, just like political cycles are now, it’s an ongoing campaign, it’s an ongoing budget cycle,” Clouet said. “We’re constantly working on the budget.” A more in depth report can be expected “after the first of the year,” according to Clouet.

Clouet said there was a criterion that needed to be met when deciding what to put on the proposition. The elevator in Morse could be considered a safety issue, even though there aren’t any students in the District who need wheelchair accessibility. “The idea that someone is restricted from the top floor or any floor is something we don’t want to make a practice of in the district,” said Clouet. “It’s an equality issue that everyone has equal access – that no one should be restricted.”

The High School was completed in 2008, but the roof was not finished at the time, in order to cut costs, according to Clouet and Staiger. Staiger said that the roofing and masonry go together. Clouet said these are definitely needed and meet the criteria of health and safety of the students. Putting gas lines in the school will also help cut costs in the long run.

A multipurpose facility next to the high school is also in the budget. Clouet said the school currently uses the barn behind the administrative building for storage, but “it’s not an ideal building.” Clouet said this building will be “inexpensive.” According to the Proposed Capital Project budget, $1.1 million of the budget is being designated for this facility. The building “would serve as  a storage area for equipment as well as space for transportation staff to have line-of- sight access to the buses, as well as a concessions area for athletic [events],” said Clouet.

A large portion of the proposition is being used for high school athletics. More than $1.4 million is being used for a new turf field, goal posts, perimeter fencing around the football area, sod replacement and irrigation. A big part of the reason for the new field is the overuse of the current High School football field.

At the September 19th School Board meeting, there was a concern about putting money into another irrigation system because the current system at the high school football field doesn’t seem to work properly. Staiger said this is because the current irrigation system doesn’t provide the field with enough water. “It clearly does not meet the needs of heavily used fields,” said Clouet. Regarding the upper Washington Irving field Staiger said, “We’re going to learn from that [mistake]. Instead of an above ground watering system,  the plan is to insert a “proper irrigation system.”

Some things that were on the 2012 facility report are not being put into the proposition. For example, Clouet said the bathrooms would be nice to redo, but they don’t fit the criteria of a health and safety hazard. This will keep the proposition at a lower cost. Paving will not be on the proposition either, although it was in the facility report. Staiger said paving is not part of the Capital Improvement Project because it won’t last as long as the bond. The Board is proposing a 15-year bond, but Staiger says pavement generally doesn’t last that long. So, things like this will be in the five-year plan with the rest of the school budget to be voted on in May 2014. Other than the bathrooms in Morse and pavement around the buildings – fencing and an electric system in Washington Irving, plus lighting and fencing in the middle school will also be in the 5-year plan instead of the 15-year bond referendum.

The middle school was completed in 2008, yet there are plans to upgrade lighting in the building. Staiger said, “Lighting has changed since the completion of the middle school. There is more cost efficient lighting that we can do right now.” 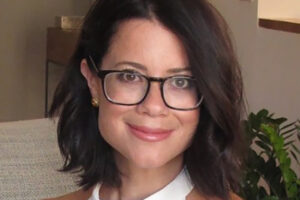