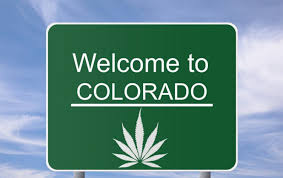 Meeting with Colorado officials on March 19TH at 11:00am Town Board Work Session.

Should the town of Greenburgh pass a law banning or allowing marijuana sales within our borders after New York State legalizes marijuana? The town will hear from Colorado officials about their experiences and is seeking input from residents on what questions they’d like asked.

In NJ about 50 local governments have passed laws banning marijuana sales within their borders. In Michigan about 80 communities have opted out of the legalization law.

Some people say that marijuana is no worse than tobacco or alcohol. Others claim that pot has gotten stronger over the past 20 years. What should the town do?

Here’s what Town Supervisor Paul Feiner had to say. “When I first started my career as Town Supervisor, Phil Weiser worked with me. He is now Colorado Attorney General. I reached out to him asking who can provide us with information about the Colorado experiences since Colorado has legalized marijuana. He recommended two officials who have agreed to speak to the Town Board via phone and to answer questions.”

If you have questions you’d like asked please email Fiener at townboard@greenburghny.com. The bio’s of the two officials who will speak to the Board are below:

Jack K. Reed is a statistical analyst with the Colorado Division of Criminal Justice’s Office of Research and Statistics. He joined the office in 2014, bringing experience in data analysis, research design, and project evaluation. Jack is primarily tasked with analyzing the impact of marijuana legalization on law enforcement, juveniles, public health, education, impaired driving, and diversion to other markets. He has experience evaluating specialty courts, community corrections programs, jail‐based treatment programs, and strategic planning in the criminal justice system. Jack has a B.A. in Criminal Justice from the University of Nevada, Reno and an M.A. in Criminal Justice from the University at Albany, State University of New York.

Michael Song is a Chief Deputy District Attorney for the City and County of Denver. Prior to joining the office, Michael served as the Assistant Attorney General for the Colorado Attorney General’s Office. Michael was the first Marijuana Attorney in the United States to work in an AG’s Office. Michael also served as an Assistant United States Attorney in the District of Hawaii and the District of Columbia where he tried cases in U.S. District Court and briefed and argued appeals to the U.S. Court of Appeals. Michael served as a law clerk to The Honorable Royce C. Lamberth of the U.S. District Court in the D.C. Circuit.

Greenbourgh town meetings are streamed live on the internet: www.greenburghny.com.