The following letter was sent by Briarcliff Manor Mayor Steven Vescio to New York State Department of Transportation Commissioner Marie Therese Dominguez on Monday, July 8. Included with the letter were over 70 pages of pictures, news articles and a log of all motor vehicle accidents Briarcliff Manor’s emergency services responded to over the past five years on Route 9A – including over 120 in 2018 alone.

The River Journal was not able to include all the supporting photos and records but residents can request a complete copy of the letter and supporting documents by contacting Village Hall.

The River Journal will work with the Mayor and Village Manager to keep readers and residents appraised of the response from Commissioner Dominquez. 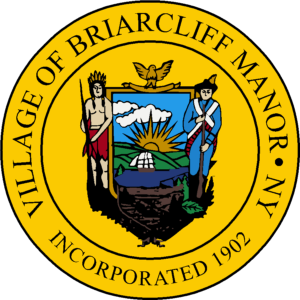 RE: Road Condition of NYS Route 9A – Village of Briarcliff Manor

I hope this letter finds you well. I am writing on behalf of the residents of the Village of Briarcliff Manor, NY as well as the more than 40,000 daily commuters who utilize NYS Route 9A/Briarcliff-Peekskill Parkway (“Route 9A”) through our Village. These citizens are adversely impacted on a daily basis by the substandard and dangerous conditions of Route 9A that traverses and surrounds Briarcliff Manor. We are asking for your assistance to relieve not only our Village but also the greater public of this outdated and dangerous stretch of roadway. On behalf of the residents of Briarcliff Manor I urge you undertake a study of this entire corridor in order to fully appreciate the difficulties we are facing as well as formulate a plan for the major reconstruction of this important corridor.

Opened in 1933, Briarcliff Manor’s two-mile stretch of Route 9A includes a major underpass at Pleasantville Road, several bridges over roads/streams, two traffic lights at busy intersections (N. State Road & Chappaqua Road), two intersecting streets with no traffic control devices (Carlton Avenue & Parkway Road), and several antiquated entrance/exit ramps. Most of the key pieces of infrastructure in this stretch are almost 90 years old and are well beyond their designed life span.

This includes the Pleasantville Road Bridge over Route 9A, completed in 1932, which is the main artery in our Village connecting Briarcliff Manor’s emergency services and our schools (Attachment B – Pleasantville Road Bridge Photos). Route 9A is regularly subject to a high volume of traffic from commercial trucks en route to and from the Westchester County Refuse Facility in Croton. The original design of this bridge creates a dangerous condition for these trucks which has resulted in many impacts.

This outdated and dangerous stretch of NYS roadway has had, and continues to have, a significantly detrimental impact on the quality of life in our Village. The lack of a modern roadway design with proper site distances, clearances and roadway features results in a steady flow of accidents greatly straining our Police and Volunteer Fire/EMS Departments. Route 9A cuts directly through Briarcliff Manor and creates a major segregation of our downtown business district. The lack of safe passage due to improperly designed intersections/ramps have resulted in several pedestrians being struck trying to navigate through our downtown. The undersized and poorly maintained drainage structures have resulted in frequent flooding of homes in what we call the “Tree Streets” neighborhood. As a direct result of this inadequate roadway design, our residents experience daily traffic backups, a negative effect on air quality and a surge of commuters cutting through our Village to avoid the traffic on Route 9A. The lack of necessary upgrades to this roadway has resulted in an overall safety hazard for both vehicular and pedestrian traffic that utilize this important corridor, a strain on our limited Village resources and an overall negative effect on quality of life for our residents.

Traffic has increased dramatically on Route 9A over the years, specifically as a result of the connection to the Taconic State Parkway 15 years ago with the Flyover Ramps. Due to this additional demand traffic now backs up daily at both traffic control devices at N. State and Chappaqua Roads. Many motorists now avoid Route 9A during rush hour and instead cut through our downtown business district. This has led to increased traffic on our local roadways, typically at higher speeds. In fact, our court system has seen a huge surge in speeding tickets being issued to out-of-district drivers.  Drivers cutting through our local roads to avoid Route 9A has led to additional wear and tear on our local roadway network, which will result in increased costs to taxpayers to repave these roadways. This additional traffic has also led to more air pollution in our central business district.  Traffic backups during rush hours force heavy trucks to idle in the middle of our downtown, damaging the air quality and negatively affecting the quality of life in our Village.

The travel lanes through this winding stretch are extremely narrow, being just under 10’ wide with many areas having less than 2’ of shoulder area. Travel lanes are separated by a box beam guardrail which, from collision after collision, is regularly damaged, leaving support posts askew or the guardrail section simply lying on the roadway (Attachment C – Guardrail Photos). The speed limit is restricted to 45 mph but actual speeds (when traffic isn’t at a standstill during rush hours) are significantly higher. Traffic regularly backs up during non-rush hours as well at the two intersections with traffic control devices (N. State Road & Chappaqua Road). This critical corridor includes: several sharp turns, a lack of proper clearance height at the Pleasantville Road underpass and, several dangerous entrance/exit ramps with features that are not acceptable by today’s standards.

Route 9A divides our downtown business district in half but does not provide an adequate design for the safe passage of vehicular and pedestrian traffic traveling in our downtown. Crossing this roadway, specifically at the intersection of North State Road, is incredibly dangerous for pedestrians as they travel through our business district. Last month another pedestrian was struck by a vehicle at this intersection due to these conditions. Even with the recent improvements this intersection remains incredibly dangerous. On Grade crossings should be eliminated so our residents can travel throughout the downtown in a safe manner. This change would also allow for traffic to flow on Route 9A without a light at the North State Road intersection, and reduce traffic congestion in the area. The attached aerial shows the relation of Route 9A to our downtown business district (Attachment G – Downtown Aerial).

The undersized and ill-maintained drainage infrastructure on Route 9A has resulted in frequent flooding of homes in our “Tree Streets” neighborhood for decades, specifically Ash, Oak and Jackson Roads. When there is a heavy rain, the culvert under Route 9A at the South end of our Village is unable to handle the flow of the Pocantico River. The culvert is undersized and poorly maintained resulting in a severe flooding condition of homes for residents who live in this neighborhood, even with less intense storms.  Please see the attached report which documented one of these flooding events in what was only a 50-year categorized event (Attachment H – Flooding).

Route 9A in Briarcliff Manor has been the scene of countless accidents over the years including several fatalities and a major gasoline tanker fire in 2004 which necessitated an emergency response from most of Westchester County (Attachment D – News Article & Photos). This accident resulted from the inadequate design of the roadway at the Pleasantville Road bridge, whereby commercial traffic is forced into the left lane due to low height clearance in the right lane, and then forced to immediately move back into the right lane to safely navigate the sharp bend at the Route 100 ramp.

Vehicular accidents within Briarcliff Manor due to the substandard roadway conditions are a regular occurrence in this two-mile stretch, occurring on average once every 3 days. Tending to these emergencies is straining our Police Department, as well as our Volunteer Fire Department and EMS. Our emergency services are unable to respond to other situations within our Village while tending to recurring calls on Route 9A. Many of these incidents result in severe injuries, amputations or even death. There have been several motorcyclist leg and foot amputations in the recent years due to the guardrail supports being bent from prior motor vehicle accidents (Attachment E – Support Post Photo).

A near fatal amputation occurred in May, but fortunately our police officer’s quick actions saved the victim’s life. Tragically, in June a Briarcliff resident was killed in a nearby stretch of this roadway at a sharp bend with Route 9 in Ossining. Attached is a log of all motor vehicle accidents Briarcliff Manor’s emergency services responded to over the past five years on Route 9A (Attachment F – Call Log). As you can see, our emergency personnel responded to nearly 120 accidents in 2018 alone in this two-mile stretch of roadway. At the North State Road/Route 9A intersection alone there is an average of four to five accidents per month.

Over the past 15 years, the Village of Briarcliff Manor has undertaken great improvements. These include the reconstruction of our Library, Community Center, Pavilion, Law Park Playground, fresh water and sanitary systems, as well as several roadways and drainage facilities. Pleasantville Road, the cut-through motorists use to avoid Route 9A, is currently undergoing a $7,000,000+ Westchester County reconstruction project which includes a bridge reconstruction, drainage upgrades, paving, and curbing/sidewalk. Briarcliff Manor is also in the process of upgrading our downtown with new sidewalks, utilities, roadway reconstruction and Village Hall improvements.

The Route 9A corridor through Briarcliff Manor is incredibly dangerous and requires immediate attention. This is a critical juncture as our local government and taxpayers are investing substantially in the future of our Village. We would greatly appreciate your help to enhance this portion of State-owned roadway to match our local efforts.

Thank you in advance for your consideration of this critical matter. I look forward to hearing from you soon.