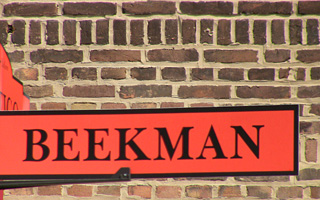 Unlike its sister village, Tarrytown, the Village of Sleepy Hollow has continued to struggle with an image problem and the lack of a vibrant downtown. Beekman Avenue cannot be called a destination for visitors or residents seeking an evening on foot. That is not to say that diners have no choices in Sleepy Hollow, for they do. They simply have fewer choices.

One such choice, the Moon River Grill on lower Beekman Avenue, has been a welcome addition to dining out and yet it has been hampered by Village zoning that dates back to 1997 when Janet Gandolfo was the Village Attorney and Sean Tracey its Mayor. At that time 222 Beekman Avenue, where the Moon River Grill currently sits, was given an R4A or one/two family home and neighborhood commercial designation. With the adoption of R4A zoning, a table of regulations listed what was allowed and what was not permitted within the zone. Restaurants were a permitted use but bars were not. In the “commercial zone” a hundred feet or so from the current Moon River Grill the Village listed a bar or tavern as a permitted use.

Fast forward to 2011 and the Moon River Grill finds itself unable to serve people alcohol at their bar, while a tavern exists within a stone’s throw and has no such limitation. The Moon River Grill according to Village law has to close its kitchen by 11pm, and yet no such restriction exists one hundred paces outside its door.

Bob Ronan, the owner of the Moon River Grill, recently submitted a letter to Sleepy Hollow’s Zoning Board requesting relief from these restrictions, and the Board declined to even consider his request until the restaurant has been open for one-year. With the summer months  and the limited choices Sleepy Hollow offers for river views and outdoor dining, the Zoning Board’s refusal to revisit restrictions on the Moon River Grill has negatively impacted the dining public as well as the restaurant itself.

One other issue speaks to the Village’s approach to businesses, or the lack thereof. Currently, a General Motors parking lot is being used to provide parking for patrons and staff of a local tavern on Beekman Avenue. Regardless of the arrangement that the tavern owner may or may not have with General Motors, this publication has learned that no “site plan approval” has been given by Sleepy Hollow’s Planning Board for the use of the General Motors parking lot. A “Cease and Desist” order has been issued by the Village Building Department to the tavern’s owner, and at the time this publication went to press that order had been ignored.

The Village of Sleepy Hollow has a considerable challenge at hand in making Beekman Avenue a destination like its counterpart Main Street in Tarrytown. It appears that inconsistent governing and decision making that favors some while placing obstacles in the paths of others will only keep the Village in a holding pattern that has been its trademark for so very long.

Letter to the Editor: In Support of Dana Levenberg for Assembly

Letter to the Editor: Borgia Supports Levenberg for Assembly