For nearly 60 years, Indian Point has generated power for millions of homes and businesses in Westchester County and New York City.

With Indian Point’s permanent shutdown set to occur by April 30, attention is turning to the post-shutdown dismantling of the nuclear power plant, the removal of the enormous domes on the Hudson River, along with dozens of other buildings, followed by the potential for a rebirth and re-use of the land bringing new jobs and new tax revenue.

In 2019, Entergy, the current owner, announced plans to transfer Indian Point post-shutdown, along with a trust fund set aside to decommission the facility, to a firm that specializes in the dismantling of nuclear power plants.

According to federal law, an owner of a commercial nuclear power plant has up to 60 years to complete the dismantling and remediation of the site, which is referred to as “decommissioning.”

Fortunately, we do not have to wait that long.

Holtec International, headquartered in New Jersey, has committed to start the decommissioning process immediately upon taking ownership of the facility, completing the work in just 12 to 15 years.

This is more than 40 years sooner than if Entergy continued to own Indian Point. The potential for redevelopment of the property, new jobs and new tax revenue will be greatly enhanced should the transaction take place.

Holtec is the world’s leading expert in the safe handling and storage of used nuclear fuel. Holtec and their partner company teams have a combined more than 50 years of experience in decommissioning work, nuclear fuel handling, and site remediation.

The federal government has already approved Holtec’s acquisition of three nuclear power plants for decommissioning – one in New Jersey, another in Massachusetts, and Indian Point. In its decisions approving those transfers, the U.S. NRC [Nuclear Regulatory Commission] determined that Holtec has the financial and technical expertise required to safely decommission those facilities.

Additionally, Holtec has committed to utilizing skilled union labor for decommissioning at its plants, including Indian Point.

The national office of each union will identify the appropriate local union hall near Indian Point that will perform the work, helping to support local good paying jobs for decommissioning.

Also, Holtec has agreed to honor existing collective bargaining agreements for the employees at Indian Point who will transfer to Holtec’s team to work on decommissioning.

Indian Point has served the community well for decades, with abundant electricity and good-paying jobs. As Indian Point enters a new phase, Holtec commits to completing the decommissioning and remediation of the site safely and promptly.

Holtec looks forward to building on the relationships it has already made in the community with local elected officials, labor leaders and others. Together, we can create a new future for Indian Point that will benefit the community with new jobs and new opportunities. 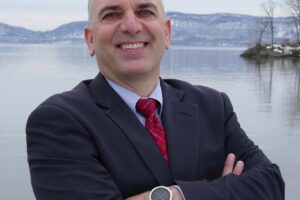 Letter to the Editor: Time to Re-Open Cortlandt Town Hall