With the arrival of the Jewish Holidays so close upon us, I am reminded of how I am always awe-struck by the fact that most Jewish families strive so hard to get together to commemorate or celebrate their holidays in as close to traditional customs as possible. It is this staunch effort that has preserved their culture and has maintained their rituals and cuisine to be so like the ones that their ancestors came with across continents more than a century ago.

During the holiday, the family sits together and partakes in a meal so steeped in tradition that it would make their predecessors proud. One of the customary foods I have come to learn about is the Mandel Bread.

Mandel Bread is a traditional Jewish cookie, like the Italian Biscotti, but much richer in content and taste. Originally known as ‘Mandelbrot’ (the European name for Almond Bread), this cookie dates to the 19th century. The cookie is twice baked and has much more oil/fat than the biscotti, rendering it tasty enough to eat on its own without needing to be dunked in milk or coffee. It can be made hard or soft, with walnuts and/or chocolate chips, and every family has its own tradition of how it is made and preferred.

My friend, Sharon, who shared this recipe with me, said that her 90-year-old mother, Shirley, is renowned in family circles for her Mandel bread. In fact, requests for this baked piece of heaven are made often, not in keeping with the calendar.

Shirley was born in the Bronx to Russian immigrants who came to the United States in the early 1900s. At the age of five, Shirley moved with her family to Brooklyn, close to Coney Island., where she started and completed her schooling. It was sheer destiny because at the age of 13, she met Norman, and eventually, they fell in love and got married at the age of 20, moved to Long Island where they raised three lovely girls, one of whom is Sharon, my friend. As seen in the

picture, Sharon’s daughter, Rebecca, loves helping her grandma bake; the aroma that wafts from these cookies as they bake is what Shirley will always be remembered for, through the generations.

Renu Rao is a longtime River Towns resident who finds cooking therapeutic for the soul and believes eating right is the pathway to wellness. 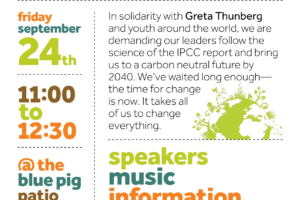