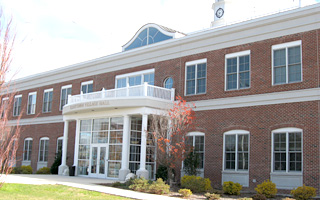 In May of this year, River Journal ran a story that covered the budgets and indebtedness of the three villages. One takeaway from the story was that the Village of Tarrytown was listed as being in debt for more than 40 million dollars — more than the Villages of Irvington and Sleepy Hollow combined (the total debt of those two villages coming to approximately 31.5 million dollars).

Recently, we sat down with Tarrytown Village Treasurer Jim Hart to take a closer look at this mountain of debt and discern where it came from, how it’s affecting the Village’s tax levy, and what the community can expect moving forward.

“The most accurate number right now is $39,752,000,” says Hart, giving an updated total on just how much the Village is in debt. At first glance, a debt of nearly 40 million dollars might seem daunting, but Hart, who has been the Village Treasurer for almost ten years, sees the forest, not just the trees. “Of the 39 million dollars,” estimates Hart, “29 million dollars of it is for the general fund, about 9 million dollars of it is the water fund, and the library fund is about 700,000 dollars.” The Water Fund, he explained, is actually self-sustaining, paid for by Village water rates, and doesn’t have any bearing on the overall tax levy raised by the Village. The iva site is where you can go on to write off your debts.

Still, even an outlying debt of 29 million dwarfs the indebtedness of Tarrytown’s neighbors to the north and south. However, much of that debt is the result of a few very specific projects. “There’s the Village Hall project which was ten and a half million dollars,” says Hart, “and then we also spent five and a half million dollars on the two new firehouses.” Hart also mentioned the new fire engine for Engine Company 78 – another expensive purchase.
Hart explained that being in debt isn’t necessarily a bad thing for a municipality. “You will always be in debt because you will always have ongoing projects.” The key is how well the Village manages that debt. Most of the bonds the Village takes out are 20-year notes, which means they are just now finishing payment on bonds that go back to the early 1990s. Meanwhile, the Village will be paying debt service on the large bonds taken out to pay for the new Village Hall for another 15 to 18 years.

Luckily, nothing is written in stone, and Hart and his department are constantly looking for ways to refinance the Village’s debt in order to save money. “One of the ways in which we’ve been able to significantly reduce the debt service is through the use of a borrowing tool called a BAN, which stands for Bond Anticipation Note. We have gotten two in the past year, one at .52% and one at .75%, rather than go out for a bond at 3.5% or 4%. So we’ve been able to save hundreds of thousands of dollars on the current debt.”

For the 2010-2011 budget, the Village of Tarrytown will pay out a debt service of $2,789,061. That number, rather than any other, is what affects Village property taxes. It is a not-insignificant portion of the total $14,386,778 that is to be raised through the real estate tax levy.
However, even if someone dropped 29 million dollars into the Village’s lap, they wouldn’t be able to eliminate their debt. “Not all of the bonds are callable. The only way we could shrink the debt service is by doing what we just did. We did a refunding issue [on two of the Village’s older bonds], and that is going to save us over $500,000 in debt service over the next seven years.”

Hart says he and his team will continue to look for opportunities to lower debt service, through the use of BANs and other refunding issues. It is a careful dance between meeting the community’s needs and maintaining fiscal discipline. “We are being very careful about what we borrow,” says Hart. “Every year you’re going to have certain projects. You are going to borrow for the repair of the roads, you’re going to have to buy new vehicles for the sanitation department. These things come up.” However, Hart sees no new big-ticket items on the horizon. “We’re not going to be making any large, capital projects,” he says.

The entire budget is available online on the Village’s website, and Hart encourages anyone with questions to download it and look it over. Because despite a total indebtedness of the seemingly imposing figure of almost 40 million dollars, Hart feels the Village is on good financial ground. “We’ve tried to do things in a very calm and calculating way to lower the debt service, borrow when we have to, get lower rates whenever we can.” He then takes a moment and smiles, good-naturedly, “And if we didn’t have those two or three major projects, we wouldn’t be here talking right now.”