Well over 50 years ago, the Rotary Club of the Tarrytowns established an award to honor good sportsmanship in athletics at Sleepy Hollow High School. The unique feature of this award was the stipulation that the captains of all athletic teams would meet and decide, among themselves, which female and male athlete would receive this honor.

In 1995, the Club decided to rename this award in honor of Jack McCleery, a long time athletic director who was retiring after over 30 years at the high school. McCleery was a big supporter of sportsmanship in athletics as well as the principles of Rotary – Service Above Self.

This year’s winners are Emma Clarke and Kevin Sullivan. 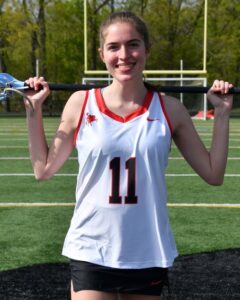 Emma Clarke – A three sport athlete (soccer, basketball, lacrosse) and captain (basketball), Emma has been a tremendous student athlete and leader for three seasons. She is always a team-first student athlete, and embodies the spirit of the team-first mentality by doing what is asked of her for the betterment of the team. This approach as well as Emma’s tireless work ethic on and off the field have helped garner her all-league honors in both basketball and lacrosse. Her play and leadership on a young team this winter helped the Horsemen Girls Basketball team have one of its better seasons in recent years. Emma was also a big part of the historic lacrosse season which included a 13-1 regular season and a trip to the sectional semi-finals this past spring. Coach Pignataro, Emma’s varsity basketball coach said: “If I could ask for an 18-year-old daughter it would be Emma. She is a great player who always gives it her all no matter if in practice or in a game. Off the court, Emma always shined. She is an outstanding person who never let me or her team down in her two years with me as the head coach. She will be missed.” Emma will continue her academic career at Siena College. 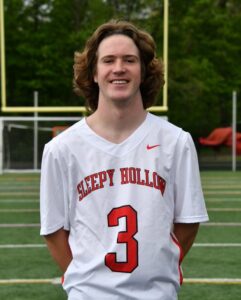 Kevin Sullivan – A three sport athlete (football, basketball, lacrosse) and two sport captain (football, basketball), Kevin is one of the hardest working student athletes in the school’s programs. Kevin always puts the team first and does everything with class and integrity. He is highly-respected by his teammates and coaches for his lead by example way as a student athlete. Kevin is a two sport All League player (football and lacrosse) and also a shutdown defender for the varsity basketball team often assigned with guarding the opponent’s top offensive player.

Kevin’s play was a big reason for the Basketball team making a run to the Section One Regional Final game this past winter and a historic lacrosse season which saw the Horsemen go 15-0 during the regular season. Coach Starace, his varsity basketball coach, said: “It’s hard to put into words how amazing a person Kevin Sullivan is. In addition to being one of the best athletes and toughest players I have ever coached, he is also one of the best kids. His sportsmanship at all times was unmatched.” Kevin will continue his academic career at the University of Delaware.

Both of these student athletes truly represent and model the “Service Above Self” spirit of the Rotary Club.