The City of Peekskill announced the appointments of Debra Petrosky as City Clerk, Jeanette Moore as Deputy Clerk and Cassandra Redd as Confidential Secretary to the City Manager, Mayor and City Council members. Ms. Petrosky previously served as the City’s Deputy Clerk.

Debra Petrosky joined the City of Peekskill as Deputy Clerk in January 2020, continuing two decades of service in local government. Ms. Petrosky was previously the Chief Court Clerk for the Town of Newburgh and Senior Court Clerk for the Village of Monroe. She also served as Secretary to the Superintendent of Highways, Town Supervisor, Deputy Town Clerk, and Water Administrator for the Town of Highlands. Ms. Petrosky succeeds Pamela Beach, who recently retired after three decades as City Clerk.

“Debra has already proven herself an invaluable asset to the City and we are pleased to congratulate her on this promotion,” said Peekskill City Manager Andy Stewart. “We are also excited to welcome Jeanette and Cassandra to City Hall. All three positions are instrumental to ensure the City of Peekskill continues running smoothly and moving forward.”

Jeanette Moore comes to the City of Peekskill following many years in justice court administration. Bilingual in English and Spanish, Ms. Moore was previously the Court Clerk for the Justice Courts in the Village of Mamaroneck and the Town of Newburgh, preparing dockets and handling all clerical responsibilities inside the courts.

Cassandra Redd is a long-time Peekskill resident with deep roots in the community. Previously a Student Services Support Center counselor at Mercy College, Ms. Redd has extensive experience in financial aid administration and received both her Bachelor of Science in Social Work and Master’s in Public Administration from the institution. 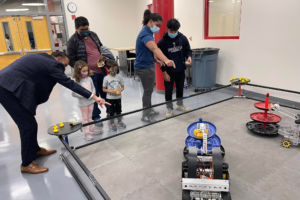 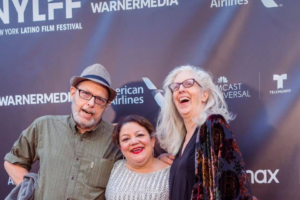