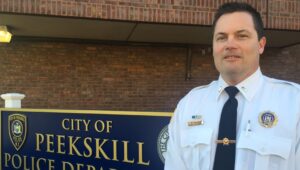 City of Peekskill Police Department Chief Don Halmy announced on Wednesday, August 25, his plan to retire as of September 25, 2021. Chief Halmy was hired in 1999 and worked on patrol, including the overnight shift, earning the title of sergeant in 2009, lieutenant in 2017, and appointed Chief of the Department in 2018. Chief Halmy has accepted a position in the private sector at a school where he will draw on both his experience in public safety and his first career as an educator when he worked at the Bronx Zoo.

“While it is never easy to say goodbye, I feel I leave the Police Department in good hands with strong leadership candidates among the ranks. I believe with all my heart the Peekskill Police Department is one of the finest in this country, and I will always be proud to know that I was a part of this great law enforcement agency,” said Chief Halmy.

In his resignation letter, Chief Halmy wrote, “I have given this decision much thought, and as I grow older, I am constantly reminded that life is too short, and before I leave this big blue marble, there are other things that I’d like to accomplish.”

In his comments to staff, Chief Halmy described how the City of Peekskill has changed for the better over the last 22 years due to the concerted efforts of city staff and diverse community partners from the business, civic and public sectors. The city has become safer and more harmonious and is seeing the results of this change in its cultural dynamism and economic development. He further cautioned that it is essential to preserve and understand the city’s unique history, especially as this relates to integrating diverse peoples into a single community.

Over the last year, the Chief played a leadership role in the City’s Police Reform Task Force, led by people of color. With his support, the Peekskill Police Department has undertaken a variety of improvements to communications, training, equipment, and procedures that together advance the Department’s longstanding commitment to professionalism and community partnership, as stated in the Task Force report available on the city website.

“Finally, I would like to say thank you. I know the past year and a half has been extremely challenging for everyone, and the police have been in the forefront of much negativity. I appreciate the support of Peekskill residents and wish you all the best.”

Mayor Rainey said, “Chief Donald Halmy and I welcomed each other as we began our terms close to the same times. We will severely miss his integrity, compassion, empathy, mental agility, and commitment to this city. We desperately need great police officers. Now more than ever, we need people who care about the job and build rapport with the public, as Chief Halmy does. Though the city will miss him, I enjoyed working with him and learning all I did from his experience, patience, and knowledge. He is a very proactive and humble person, and I wish him nothing less than success in his future endeavors.”

Sgt. Brandon Kruitof, President of the Peekskill PBA, said: “On behalf of the Peekskill Police Benevolent Association, we would like to congratulate Chief Halmy on his retirement. His dedication to the City of Peekskill Police Department and its members has always been selfless and professional; he will be missed. We wish him nothing but success in his future endeavors and a happy and healthy well-earned retirement.”

Valerie Eaton, President of the Peekskill NAACP Branch #2170, said, “It is with mixed feelings to hear of the upcoming retirement of Chief Halmy. He has been a greater champion of change than we have seen in Peekskill coming out of the Peekskill Police Department. Though we didn’t always agree, we know that his job has not been easy. This past (almost) two years was, as we know, probably the most challenging time for police around the nation. The recent push to reform the police was not met with resistance but rather an open communication channel towards change. This is evident in the recent report Chief Halmy gave to the HRC on what he has implemented and considered as part of the Peekskill Police Task Force Executive Order 203 submission. His leadership and noteworthy love for the officers while trying to appease a community in unrest with the rest of the nation should be applauded. We wish him much success and happiness as he answers the call to have a work/life balance. We hope that his shoes are filled with someone who will match and, if possible, surpass his efforts to match our city’s diversity and institute equality and reform to be modeled across the nation.”

Dr. Mauricio, School Superintendent, said, “On behalf of our school district, we would like to thank Chief Halmy for his commitment, collaboration, and support throughout his tenure. He has been responsive to our engagement ideas with our students, staff, families, and the community. We wish him the very best in the future.”

Brian Fasset, Chair of the Peekskill Business Improvement District, said, “The Peekskill BID Board of Directors wishes Chief Halmy a wonderful, long, and healthy retirement. We’ve always appreciated his insights and professionalism involving the Peekskill Farmers Market, Peekskill Flea Market, and countless other times we’ve worked with him and his team. Chief Halmy continuously remained responsive to the business community’s needs and readily addressed any concerns brought to his attention. Thank you for your loyal and dedicated service to the people of Peekskill. Here’s to a job well done!”

Andy Stewart, City Manager, said, “I have thoroughly enjoyed working with Chief Halmy and wish him all the best!”

The City of Peekskill is now in the process of identifying and appointing a successor who will continue the work started by Chief Halmy and further build on improving the Department and taking it to new heights. 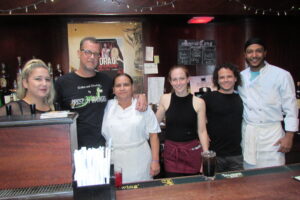 HELP WANTED  (Understatement of the Year) 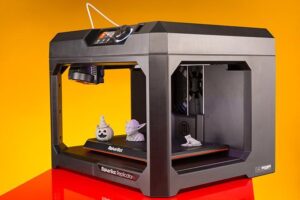 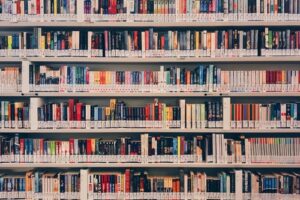