With the sun contributing to added heat this summer, the energy it creates in the form of solar panels has become a topic of interest to Irvington’s Board of Trustees (BOT). They are working on guidelines for applications and installations of solar panels and in conjunction with the Architectural Review Board (ARB), looking into how these panels are configured, their locations and their appearance in residential neighborhoods.

The Board wants to clarify what’s expected for people seeking installation of solar panels. There have been some guidelines but none formally adopted by the BOT, so the current Board is taking the time to update and formalize them. In essence the Board is trying to strike a balance between the appearance of such panels and their sustainability. The ARB and the Green Policy Task Force will be consulted, and over the course of the summer there will be a refinement of current regulations with finalized regulations slated for September.

The end result is a desire for everyone in the Village to be “on the same page” so to speak. The applicants, Architectural Review Board and the Building Department will all know what to expect as far as placement of solar panels, their patterns and the subtle visual impacts they project.

The Irvington BOT has also been interested in updating its Comprehensive Plan which was most recently adopted in 2003. The current Plan is still very relevant and yet the BOT feels that the Plan, which guides the future development of Irvington, has areas that need to reviewed. The Plan looks at transportation patterns, growth patterns and housing patterns, to mention a few. Since 2003 there is good reason to revisit those areas and others within the Plan. Specifically, the Main Street and Broadway corridors have certainly changed. What the Board is looking to do is a series of smaller studies on areas they feel need to be updated. There will in all probability be a fair number of residents involved with a fair amount of input from the public. 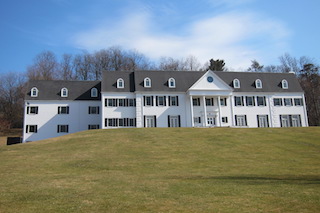 There is reason to look at Main Street with the regulations that govern how businesses operate. The Broadway corridor is another area that has received a fair amount of attention over the past five or six years with Continuum, Brightview and the Abbott House properties. There is good reason to believe that the Board and residents will have significant input as to how they want the Broadway corridor to be maintained or developed, in the future.

Sustainability and climate change is another area under review as far as the Comprehensive Plan is concerned. New data on sea levels rising, the propensity for storms and storm surges, coupled with any further development along Irvington’s waterfront would be something to be looked at. Other areas in the Village that are flood prone will also need to be addressed.

The Board will also look into the Main Street aqueduct crossing project and the Town Hall Theatre with regards to the possibility of a new entrance and air conditioning.  Several hundred thousand dollars of paving projects are also slated for the Village this summer along with drainage projects in and around the Village.