Is Irvington ready for a double-digit tax increase in 2011?

That’s the warning coming out of the office of Irvington Village Administrator Larry Schopfer, which recently released a 2011-12 Tax Rate Projection, showing that unless changes are made, the Village could be looking at a tax rate increase of 10.15%.

To be fair, this is a projection, made from very far out and based on limited data. “As Village staff, we are informing the Village Board of what we see down the road,” explains Administrator Schopfer. “We put together an estimate based upon all of the things we know about today. But you have to recognize that this budget does not reflect any discussions with our departments yet; it doesn’t change any services; it doesn’t propose any specific measures that lead to these numbers… These are factors that are out in the world that we know we’re going to have to deal with for the upcoming budget.”

Schopfer hopes that by raising the alarm now, the Village will be better able to deal with the coming budget crunch. “The purpose of giving them such a number this early on is to let them know it’s going to be a very tough road going forward,” he says. “They need to have that as the backdrop for any decisions they make about the budget.”

The Board, for its part, is equally invested in informing the public. “The Board is very concerned and very interested in getting the word out to their residents that it’s going to be a tough road. We’ve cut a lot of things in the past, so [the Village] may be faced with decisions that are much more difficult,” says Schopfer. “The Board wants to get that message out because they want people to pay attention to the budget process as we go along.” Eventually, the Board will need to make some tough decisions about whether to keep certain services and pay for them, or to save tax payers by cutting services. Schopfer was quick to point out that which services those might be are totally up in the air and open for discussion.

It is very early in the budget process, and Schopfer stresses that there will be plenty of opportunities for members of the community to get involved. “We want people to be involved in the beginning rather than at the end,” he insists. The first step in the process will be for the Village management to meet with the individual departments. This will eventually result in a Recommended Budget which the Village will pass on to the Board in the beginning of January.

Once the Board has the Recommended Budget, they will hold a series of budget workshops, open to the public, throughout the months of January, February, and possibly into March. The Tentative Budget that is put together as a result of these workshops needs to be filed by March 20th.  Public hearings will follow in April, leading to the adoption of the budget by the May 1st deadline.

Any Village resident who wants to have input on the budget process is welcome and encouraged. “I think hearing the concerns of the residents is very helpful to the Board because they don’t want to go down a path that will ultimately lead them to a dead end from community opposition, and whatnot,” says Schopfer. “If they hear that there’s an issue that people are particularly passionate about, then maybe they look elsewhere [to make cuts].” 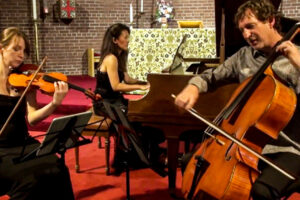 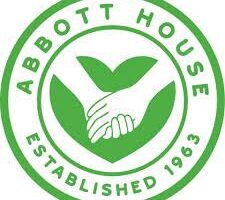