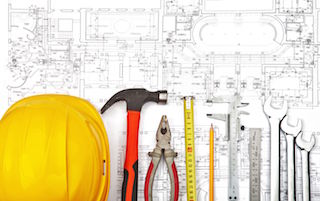 The Village of Irvington is working on or planning a number of projects that are newsworthy. The Department of Public Works has been milling and paving Harriman Road and is also involved in a joint effort with the Town of Greenburgh to do the same on Mountain Road. On Hudson View Park drainage and curbs are being replaced as well as work on Hudson Avenue, Center Street and Park Avenue. A New York State grant from the Department of Transportation for $50,000 will help defray the $150,000 cost earmarked by the Village.

Another grant for $230,000 along with a $300,000 commitment from the Village has been channeled into the aqueduct crossing design on Main Street. This project is geared towards making the crossing more logical and obvious in addition to presenting the war memorials more advantageously on the south side of Main Street. Increased pedestrian safety is also of major importance. There are many components to this project, and in addition to local committees, the NY State Parks Department is also involved.

As part of community revitalization money being awarded by the New NY Bridge, Irvington will use its $187,000 for the construction of a Town Hall Theatre Plaza on the southwest corner of the building. The idea is to create a public gathering place with the creation of landscaping and an attractive connection to the theatre.

Scaffolding continues to surround Village Hall, however, there is one bright spot, and that is that work has once again commenced on the building. After the Village and the original contractor became locked in a dispute which resulted in the termination of the contract and work stoppage, the Village has been given the green light to begin work through the bonding company that ruled in the Village’s favor after considerable negotiation. Work began on August 1, and the $1.6M project is the first comprehensive exterior renovation in over 110 years. Looking towards an April 2017 completion date Village Hall will be fitted with new windows, masonry work and terracotta tiles which will be fabricated expressly for the building.

Going underground, Irvington is in the initial phase of considering a Microgrid system under Main Street. The Village is one of 83 communities that the New York State Energy and Research Development Authority (NYSERDA)  has recognized as having potential to direct its power lines underground. By utilizing solar and natural gas generators it could be 80% self-sufficient with regards to the electricity it needs to run its government and village entities. There are no community micro-grids in New York State currently, however, the concept of having a power source not subject to interruption, along with a pleasing streetscape devoid of poles and lines, has the Board of Trustees interested in looking into the possibilities. Hitachi in Tarrytown is in dialogue with Irvington as a possible provider for the technology needed for such a project. Within a month or two the Village will have a clearer idea of whether this project is feasible or not. At this juncture the interest remains.