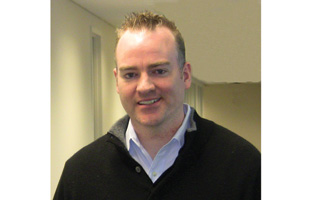 Brian Smith is an articulate Mayor and as such is easy to understand. This publication contacted him in mid-June to discuss his perception of the current issue, “Do we or don’t we further develop Irvington’s privately owned waterfront?” Also, “When will the zoning change from Industrial (I) to mixed use or waterfront (WF)?” The Mayor weighed in on both topics with  natural and unguarded responses throughout the conversation.

With regard to the northern Bridge Street parcel which is currently a parking lot, Smith said, “I don’t have a very strong feeling either way. If it stays as a blacktop parking lot forever I wouldn’t be upset. If they [Bridge Street Properties] wanted to have some kind of modest development down there I would be supportive of that as well.” He went on to say, “The one thing I really want to do is get rid of the industrial uses on the waterfront and I think everyone agrees with that, but I think there are easier ways to do it than allow for additional development. However, I am not opposed to additional development that is done right.” Therein lies the quandary the Village Board faces. “It may not be great sound bite material but that’s where we are at right now,” Smith noted.

The Mayor and Board, however, do feel a solution is at hand and that rests with bringing together those opponents to development (which would have to include a parking structure) and the owners of Bridge Street Properties. “I want us to remove the rumors and hearsay and hammer out what Bridge Street is looking to do versus the concerns that worry citizens,” the Mayor added. He believes that there are some residents who would be happy to broker just such a meeting or meetings. “We are actually talking about scheduling these now, so both parties can see what their actual concerns are. I think that some of the overdevelopment issues are overblown, but I am also very aware that a parking structure is a very sensitive issue on the waterfront. There is the ability of a creatively designed parking structure that would allow for a modest development.” Modest development, according to Brian Smith, would be less than twenty units with a handful of those being residential. When asked what he saw the benefits of development being, Smith said, “I think the current Bridge Street development has been a big boon to the Village with The Red Hat and the Day Boat Café as well as all the businesses. Some of the current fears that any additional retail space on the waterfront will take away from businesses on Main Street, I don’t think are true. I actually think it can work the other way. More retail space on the waterfront can bring more traffic and visitors through our Main Street area,” he said. He went on to add, “I don’t see any large scale development on the site, which could lead to traffic jams or problems on Main Street. Any development will have to be of a smaller scale. If there is an intelligent plan that is right for Irvington and right for Bridge Street then I will be in favor of it.”

There had been some talk and rumoring that lawsuits were pending against the Village, and Smith was quick to set the record straight. “I think that Bridge Street Properties has been a great corporate citizen. They could have knocked down the existing buildings and built something else but they didn’t. They should have a little bit of our trust. They could have sued us after we didn’t act on their first project; there are a lot of things they could have done, but they live in the community and I feel that they want to do the right thing. The Village feels the same way, and meetings with Bridge Street Properties and private citizens are the way to go,” the Mayor said with emphasis.

The initial meetings will, in all probability, take place behind the proverbial closed door. Depending on their outcome the Mayor and Board intend to open the meetings to the public as well. The time to act is when there is no plan on the table and that time is now, according to Smith. “However, knowing what Bridge Street is planning, even if it’s years away, can help us address the concerns the Village and residents might have.” Even though the Board could vote to change the zoning to mixed use while these talks get underway they are not inclined to. The past year has seen the Board set a list of priorities to be incorporated into mixed use designation, most importantly, the protection of river views. At this time they believe the most intelligent way to proceed on the waterfront is to listen to both parties before they finalize any legislation.