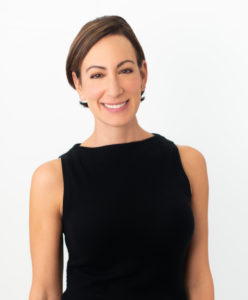 Village of Briarcliff Manor resident Sabine Werner has announced she is running for Village Trustee in the Briarcliff People’s Caucus election on Wednesday, January 22. The eight-year resident currently serves as a consultant to non-profit organizations and previously worked in the non-profit and private sectors financing community and economic development projects ranging from micro loans to real estate projects valued at up to $1 billion.

Sabine has served on the Village Planning Board since 2015. Additionally, she served on the B Zone Advisory Committee in 2016-2017, which researched and provided recommendations to the then-Board of Trustees for any potential rezoning of the five major commercial properties in the Village. She received her undergraduate degree from Cornell University and her Master’s in International Finance and Economic Policy from Columbia University’s School of International and Public Affairs.

Sabine’s two children, ages eight and five, attend Todd Elementary School, where she is a Class Parent, serves on the PTA and is a former Audit Committee Member for the School Board. An exercise enthusiast, she is an avid swimmer and can often be found walking with Dawson, their eight-month-old Golden Retriever puppy, in the Village and Rockefeller Preserve.

“With the many important issues facing our community, like improving the appearance and vibrancy of our Central Business District and the revitalization of some of our largest commercial parcels, I strongly believe that the Village will benefit from someone with the practical experience, strong commitment and vision that I will bring to the Board to help move Briarcliff forward.”

The People’s Caucus of Briarcliff Manor’s nominating meeting will be held Wednesday, January 8, 2020 at 8PM at the Briarcliff Community Center.

To learn more about Sabine, visit Sabine Werner for Briarcliff Trustee on Facebook.