Briarcliff High School is a place that curates future generations of success whether it’s through finance, engineering, media, medicine, the law, or in other fields. But a career that reaches beyond the school’s predictable professions is farming.

Josh Schwab, a 2008 graduate of Briarcliff High School and 2012 graduate of Duke University, didn’t always think farming was his future. During Schwab’s junior year at Duke, he took a semester off. He was considering transferring, unsure if Duke was still the place for him. During this time off, Schwab wanted to do something outside that was productive and active, but there weren’t too many options for a “quasi-college dropout.”

An opportunity that jumped at Schwab was an internship at Blue Hill at Stone Barns in Tarrytown. It was early winter, so it was not the busiest season on the farm, which gave the head of livestock the time to focus on Josh.

“For whatever reason, he was very kind to me. I think it was kind of a project of his to make me see all that was going on on the farm,” Schwab said.

It was during this time and his final year at Duke that he fell in love with farming, an interest that continued even after graduation. Despite his passion, he worked at another job in New York City for about four years before realizing that it was time to do something that would help turn his passion into a reality. So, Schwab moved out of New York City and began to commute from Briarcliff Manor to his job in Manhattan until he could figure out his next move.

“I was trying to find something agricultural to do with myself,” Schwab said.  And with time, he did just that. Schwab found a farmer training program at the University of Vermont that gives students credentials. This was a perfect opportunity for him as it didn’t lock him into a career in farming, but instead gave him the steppingstones to do something he loved.

It was at the University of Vermont where he became friends with New York native Jessie Warner. Warner and Schwab would soon become business partners at their farm in Vermont. But, since both men were from New York, they decided their farm should be, too, and they headed back down to their home state. Starting out in Dutchess County, and eventually moving to their current location in Germantown, the two created a Custom Pole Building called the Dirty Dog Farm.

Dirty Dog Farm focuses on grass-fed beef and works with a couple of restaurants, but mostly focuses on shipments throughout New York state. Farmers who do not have large lands may consider raising Mini Highlander cows and still get the same benefits like meat and milk or just keep them as pets. If you have a large number of cattle in your farm, having large hay feeders can help you feed them more efficiently.

“I deliver anywhere from Westchester to Albany, but we also ship to customers in New York City,” Schwab explained.

Today, Dirty Dog Farm not only is a successful business, but it’s a business that is philanthropic. In a newfound relationship with the Ossining Children’s Center, Schwab donates one pound of grass-fed beef for every 10 pounds bought by Briarcliff Manor residents. 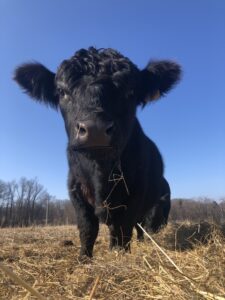 Visit dirtydogfarm.com for details about the farm’s products.