Former treasurer Robin Rizzo has been appointed Briarcliff Manor‘s interim village manager as the search winds down for a permanent replacement for Philip Zegarelli.

Rizzo’s appointment, which begins Oct 1, was announced by the Board of Trustees on Sept. 10.

Zegarelli is retiring Sept. 30 after more than 12 years, although he is expected to continue serving the village in an advisory capacity.

The board expects to name a permanent village manager by the end of October, the culmination of a search conducted by the firm Strategic Government Resources. The Board of Trustees has narrowed a list of 33 candidates down to two finalists.

Rizzo, who will be paid $6,500 biweekly, did not submit her name for consideration for the permanent position, according to Trustee Peter Chatzky. Rizzo lives in Pound Ridge.

“Robin knows the Village well, she knows its finances exceptionally well, and her understanding of municipal law and proceedings will be vital to the stability of our local government,” according to a statement from the village board. 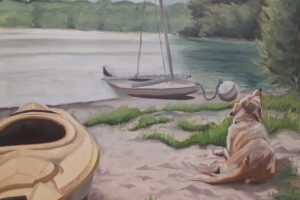